* For reference, The Five Nights at Freddy's 3 game Reviews websites are all approved, there are no viruses and malware.

* For reference, The Five Nights at Freddy's 3 game purchase URL is the Amazon website, please feel safe to get it. 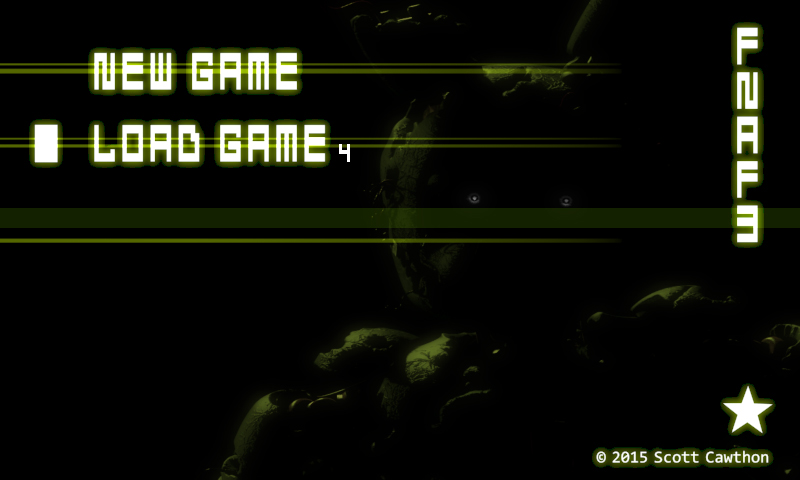 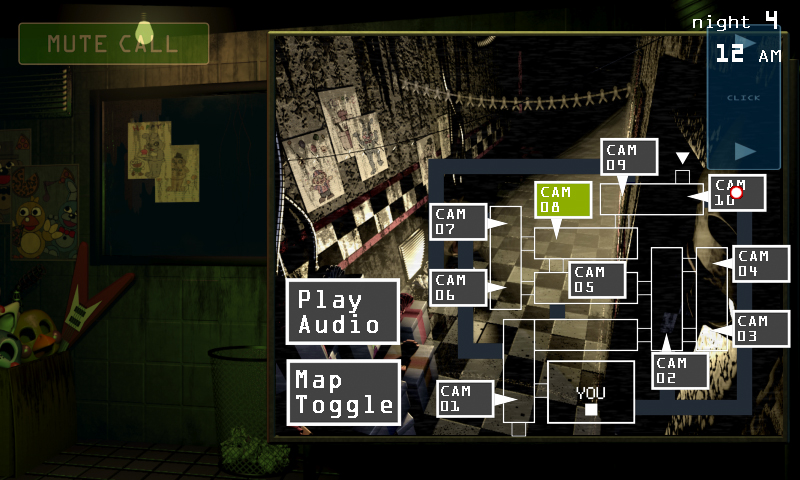 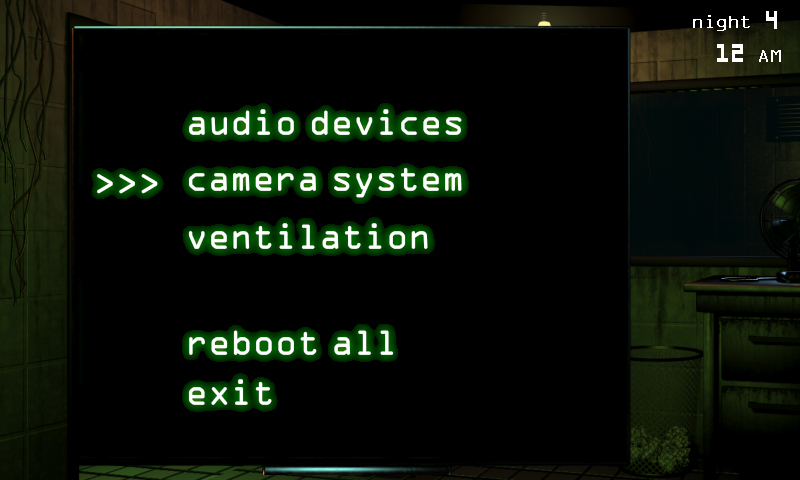 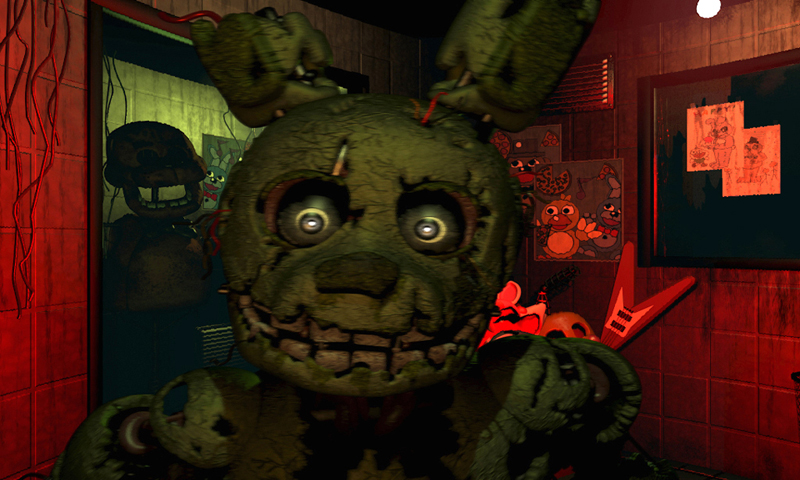 A short horror game that innovates on the premise of its predecessors, Five Nights At Freddy's 3 is a truly terrifying experience. With more nuanced gameplay, a spookier atmosphere, and an injection of lore that helps you understand the backstory behind Freddy Fazbear's animatronics, it's one of the more unique entries in the series.

The first Five Nights at Freddy's game started things off with a bang. In FNAF, you play a hapless individual who is attempting to stay for a total of five nights in a spooky pizza franchise. Gameplay involves manipulating a control panel that allows you to view the franchise from multiple cameras, turning on lights, and shutting doors.

Your goal is to keep an eye on a set of spooky animatronics that are roaming the halls. These animatronics have different behavior patterns. Many of them don't like being watched and will stop coming for you while the camera is on them, while others simply require you to keep track of their location and shut the door when they're close. Should you fail to stop the animatronics from reaching the control room, a jumpscare will play and the game will end. FNAF doesn't make you start over from the first night, but instead will save your progress up to the beginning of each night, ensuring that you can beat the game in a reasonable amount of time.

Five Nights at Freddy's 3 iterates and improves on this formula by adding a few more gameplay elements. In FNAF 3, there's only one spooky animatronic. Called Springtrap, this terrifying creation can move between rooms via a system of air vents. FNAF 3 gives you the ability to isolate sections of air vents, but this action comes at a cost. Over the course of the game, your character begins to hallucinate fake jump scares. In order to reduce the frequency of these illusions, you'll want to keep the air vents open.

In addition to the air vents, you have the ability to control Springtrap's movement somewhat directly in FNAF 3. FNAF 3 is set in a salvaged location that's being made into a horror amusement park that's been inspired by the events of the first two games. Rather than being stuck in a normal security control room, you're stuck in a room with tools for scaring guests to the park. Since you're there at night, you'll have to use this selection of scary noisemakers to try to lure Springtrap into adjacent rooms. This system doesn't give you perfect control, as Springtrap features the same sort of semi-random AI as the enemies in the first few games, but it does give you a much more discrete sense of progress and danger.

The atmosphere in FNAF 3 is quite possibly the scariest in the franchise. Rather than being limited by the "spooky pizzeria" aesthetic, FNAF 3 takes place in a horror attraction that's decrepid, atmospheric, and absolutely terrifying. The addition of tasks like locking and unlocking vents, restoring systems after operational failures, and utilizing noisemakers to distract Springtrap help to give you plenty to do, distracting you from the constantly-looming jumpscares and allowing the game to shine as a scream generator. It's not the most polished video game in the world, nor is it the longest, but it's incredibly fun to play through it with friends and enjoy being totally terrified by the spooky rabbit thing.

The Five Nights at Freddy's games have AI antagonists that are deliberately inconsistent. Part of what makes these games scary is the fact that the enemies are more than a little bit unpredictable. It also means that even the best, most foolproof strategies are prone to occasional failure, while the worst, most poorly executed strategies can occasionally work. Try to keep this in mind while evaluating your own play. If something worked once but never works again, there's a pretty good chance you just got lucky the first time.

On higher difficulties, Five Nights at Freddy's 3 is about juggling all of the game's systems with the right timing. Between the need to reboot systems, the need to keep air flowing through the vents, and the need to keep Springtrap out of the control room, it's easy to get overwhelmed. The best way to manage these interlocking systems is to figure out when you're safe from Springtrap and cycle the other elements.

To stay safe from Springtrap, first, try to keep him out of the vents. Your first goal should be to find Springtrap and seal off the vent system that's nearest to him. Once you've done this, you're good to just relax for the first few hours of the game. Should you need to reset the cameras, find Springtrap and wait for static. This static signifies that Springtrap is leaving his current location. Play a noise to lure him back and immediately reset the cameras while he moves. Try to avoid resetting the cameras while he's in area 9 or 10, as nearby unsealed vents can give the animatronic quick access to the control room.

The next section of the game is made massively easier if you can defeat the hallucinated jumpscares. Each non-Springtrap jumpscare can only occur once, so if you've got the reflexes and gaming chops to get past them, it's probably best to trigger them early on purpose. If not, try hitting "map toggle" twice whenever you switch to a new camera. This seems to interfere with the events that the game uses to distract you from your purpose of not dying to Springtrap.

As the night gets later, it's more and more likely that you'll have lured Springtrap to camera 2. While this location is terrifyingly close to you, it's probably the safest place for him to sit. Keep the nearby vents closed, lure him back to the camera with noise whenever he leaves, and do NOT reset anything unless he's just been lured back to the room or he enters a sealed vent. Eventually, he'll probably leave this area and head back to camera 5, giving you a bit more time before he charges your location. This strategy isn't 100% foolproof, but it's reliable enough that you should be able to consistently beat aggressive nightmare mode with just a little bit of luck.

Have you played Five Nights at Freddy's 3? Which FNAF games are you favorite? Let us know your best strategies for later nights, your favorite parts of FNAF lore, and how long it took you to beat the game in the comments below!