* For reference, The LEGO® Star Wars™: The Complete Saga game Reviews websites are all approved, there are no viruses and malware.

* For reference, The LEGO® Star Wars™: The Complete Saga game purchase URL is the Amazon website, please feel safe to get it. 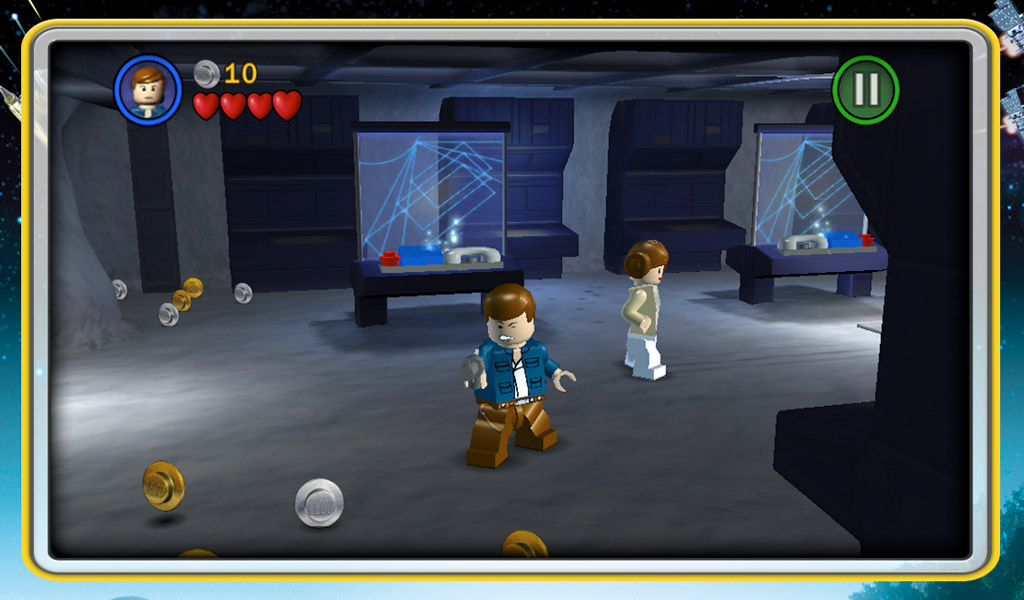 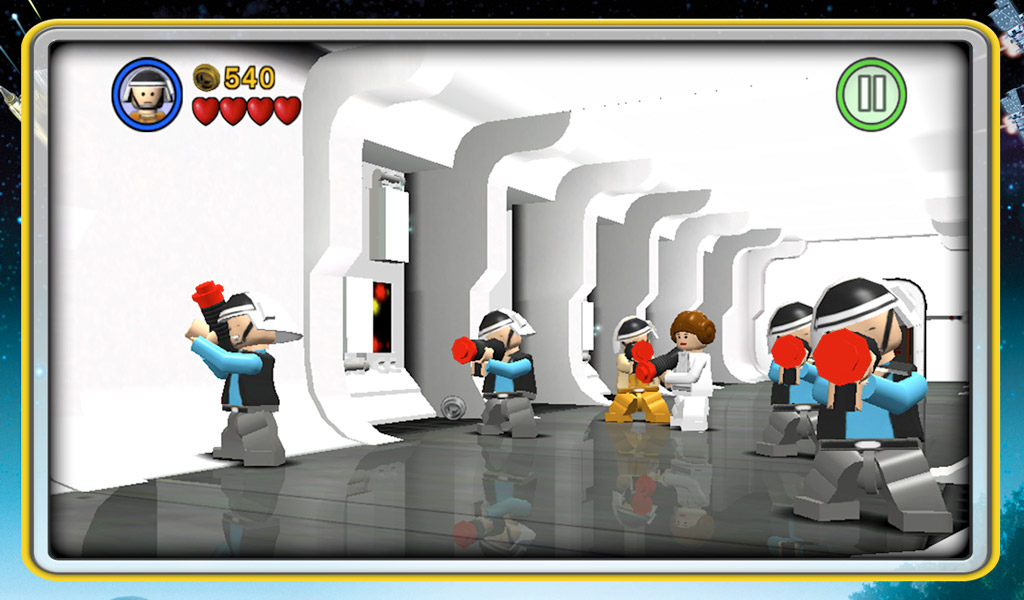 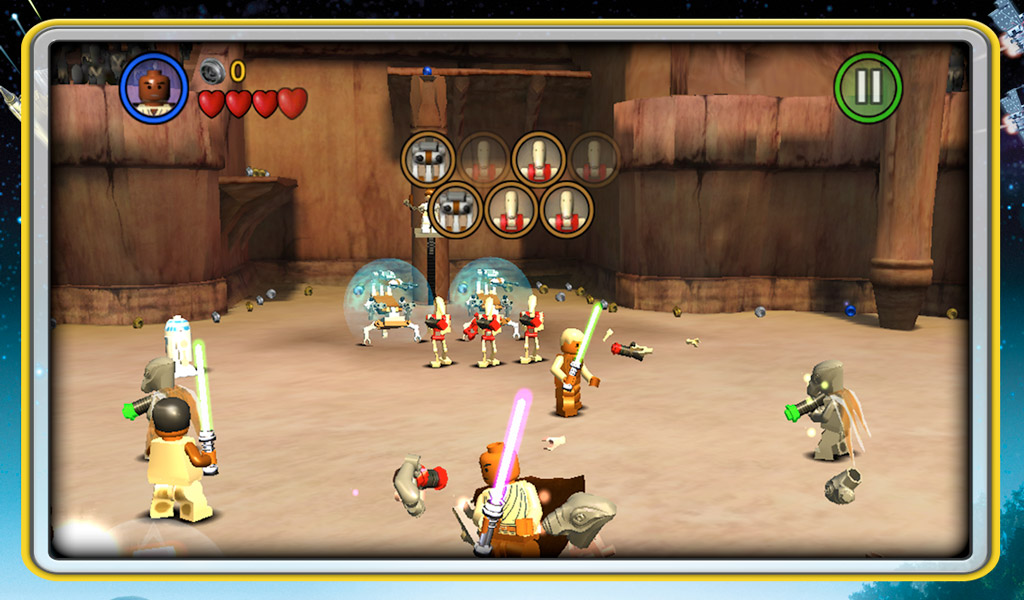 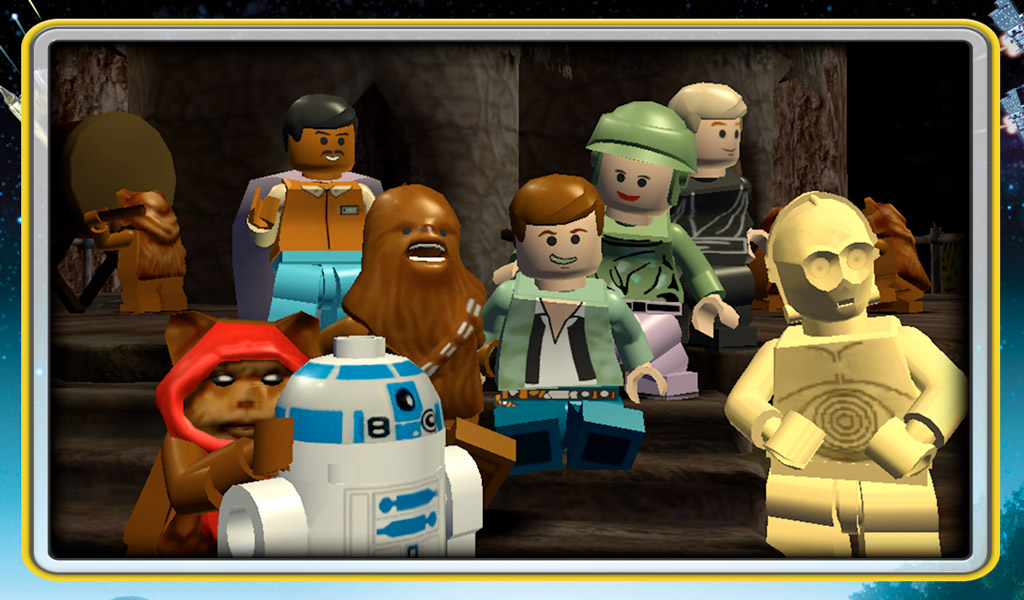 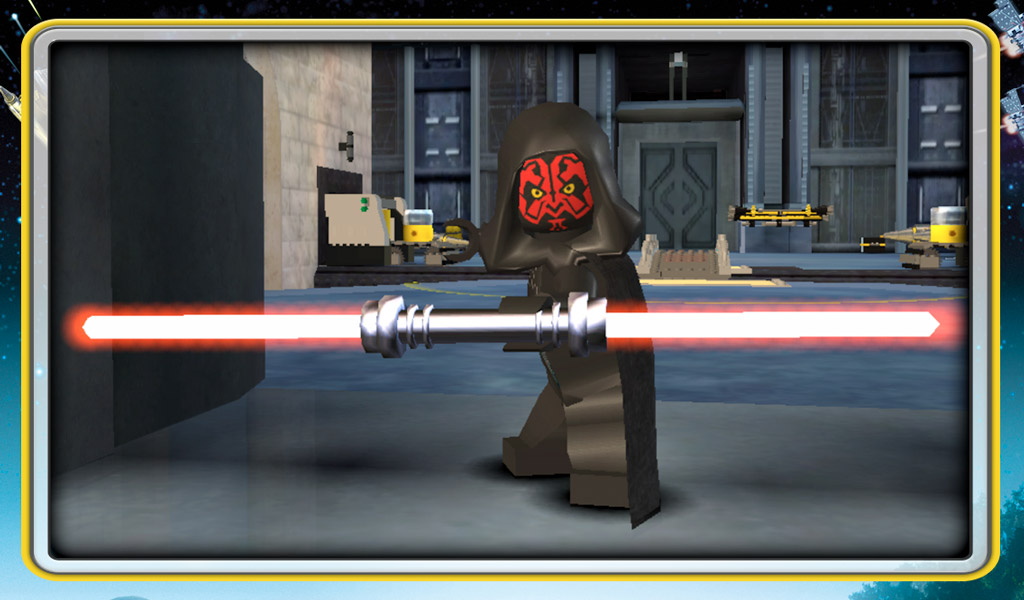 LEGO® Star Wars™: The Complete Saga combines both LEGO Star Wars: The Video Game and LEGO Star Wars II: The Original Trilogy. This genius combination offers hours of game console-quality gameplay from the convenience of your mobile device and holds a PEGI 7 rating. Begin in episode one, Star Wars: Episode I The Phantom Menace, and work through each level by smashing objects into LEGO bricks and changing characters whenever you please as you work through 36 nail-biting levels.

If you're looking for endless fun and a combat game that offers new and exciting levels, look no further than LEGO® Star Wars™: The Complete Saga.

You can even unlock bonus content, including bonus levels like Anakin's Fight and LEGO city, as well as bounty hunter missions and fast-paced arcade levels.

Star Wars is an iconic franchise with a whole host of memorable and well-loved characters. So, it can be hard to choose a favorite. Luckily, when you play LEGO® Star Wars™: The Complete Saga, you can chop and change as you like and, with more than 120 playable characters to unlock, you'll never tire.

Every Star Wars fan is familiar with the dark side and light side. But which side of the Force do you want to use?

Your powers and special abilities will depend on whether you choose to follow Darth Vader onto the dark side or stick with Luke. Taking the dark side gives you the option of defeating the Jedi using a Force Throw, whereas a Lightsaber and the power Force Push will help you take down the evil Empire.

Your Choice of Controls

Every player has a preference for game controls. That's why the LEGO® Star Wars™: The Complete Saga mobile game offers users the choice between classic and touch screen controls so that they can utilize their preferred style.

If you opt for touch controls to move your character, you simply drag your finger across the screen to the desired location. And, to interact with objects, just double-tap.

However, with classic controls, virtual controller buttons will appear on the screen, enabling you to jump, attack, and activate specific abilities. An analog stick will also appear to control movement.

Available on iOS and Android

The mission of the game is to successfully complete the entire story while collecting gold bricks. The events of the complete Saga span from the walkabout trade federation to the aforementioned negotiations of Naboo in the Star Wars prequels I - the Phantom Menace to the second Death Star above the attack on the rebel Endor in Return of the Jedi.

There are 160 gold bricks to collect in the PC, Mac, Wii, PlayStation 3, Xbox 360, iOS and Android versions of the game; 120 of which are used in the main levels. Each level has three. One is to complete the level in story mode, the second is to collect a certain number of studs/coins to achieve "true Jedi" status, and the third is to collect 10 LEGO "minikit" tins hidden throughout the level. For iOS, there are a total of 200 bricks, with an additional brick for each level, and after completing the challenge mode, players must find 10 hidden blue Minikit within 20 minutes. iOS also offers 12 bricks by completing the arcade game in the lobby.

There are 20 gold bricks for completing the Bounty Hunter quest, which includes capturing key figures of the Old Republic and Jabba the Hutt's rebellion. A further 6 gold bricks are available for completing bonus missions (10 in iOS) and a further 14 can be purchased at the tavern (8 in iOS).

Most of the story levels are the same as those in the respective original games. The game contains two previously abandoned levels: "Anakin's Flight" and "Bounty Hunter's Pursuit", which were at one point intended to appear in LEGO Star Wars: The Video Game, but were cut during development. "Anakin's Flight is based on the droid-controlled ship battles seen in Naboo Space Wars and The Phantom Menace. It was originally conceived as a rail shooter level, but was later changed to a free-roaming style used in almost all vehicle levels in the game. Bounty Hunter Pursuit is from Attack of the Clones. It was also made as a free-roaming level, but unlike Anakin's Flight, it was included in the second episode. (In LEGO Star Wars: The Video Game, Attack of the Clones only has five story levels, rather than the standard six levels per episode in all other episodes).

The story levels for "Mos Espa Podrace" and "Gunship Cavalry" have been redesigned, although their respective versions of the original game appear as bonus levels. New additions to The Complete Saga include a 2-player battle arena mode called "Arcade Mode", a new Minikit carrier bonus missions, the return of the red energy bricks from LEGO Star Wars 2: The Original Trilogy and their inclusion in the Prequel Trilogy levels, and 10 additional bounty hunter missions adding new challenges to the Prequel Trilogy section that originally appeared in LEGO Star Wars: The Video Game.