* For reference, The 8 Ball Pool game Reviews websites are all approved, there are no viruses and malware.

* For reference, The 8 Ball Pool game purchase URL is the Amazon website, please feel safe to get it. 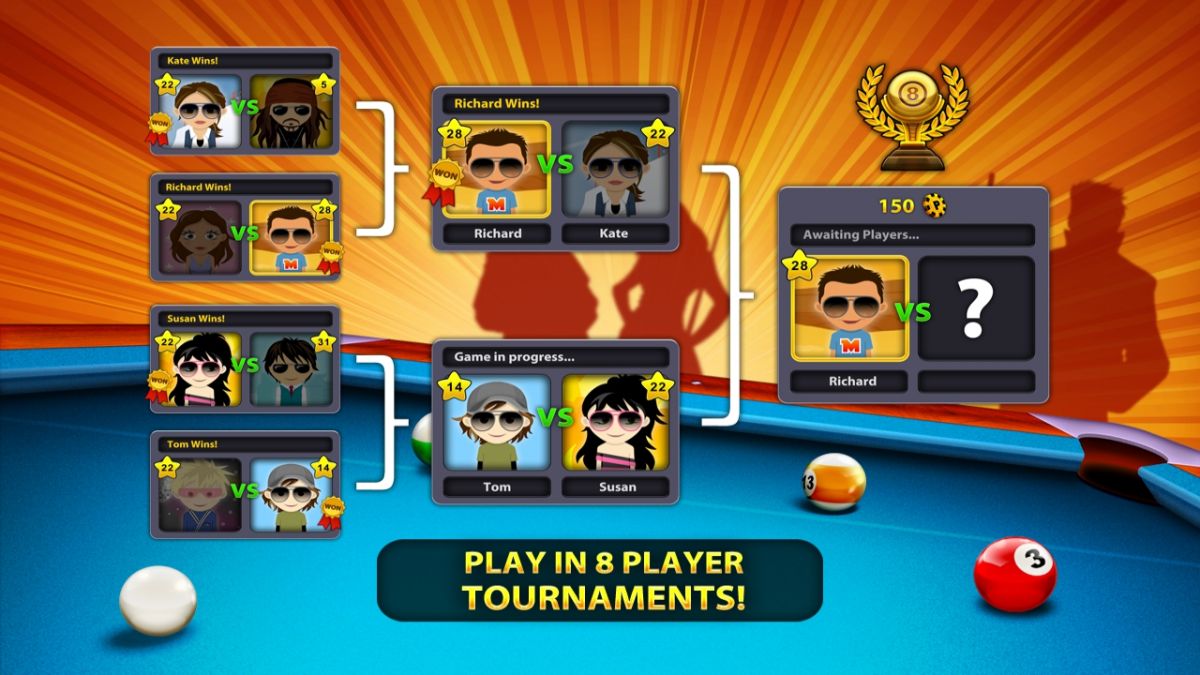 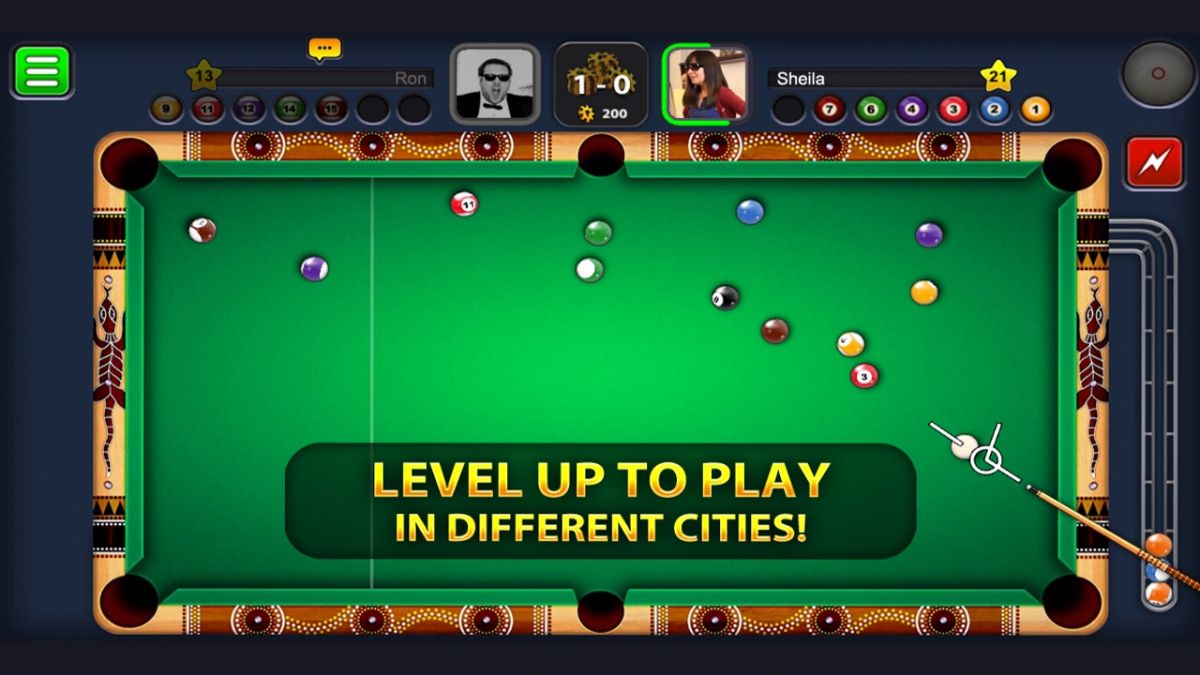 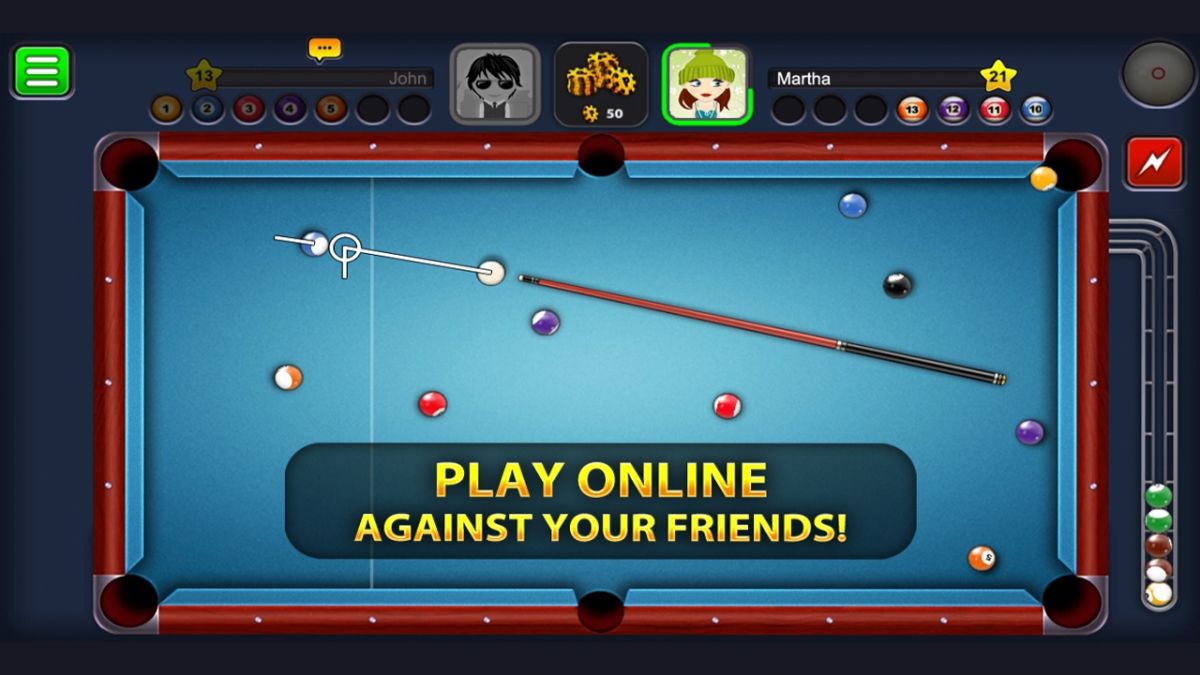 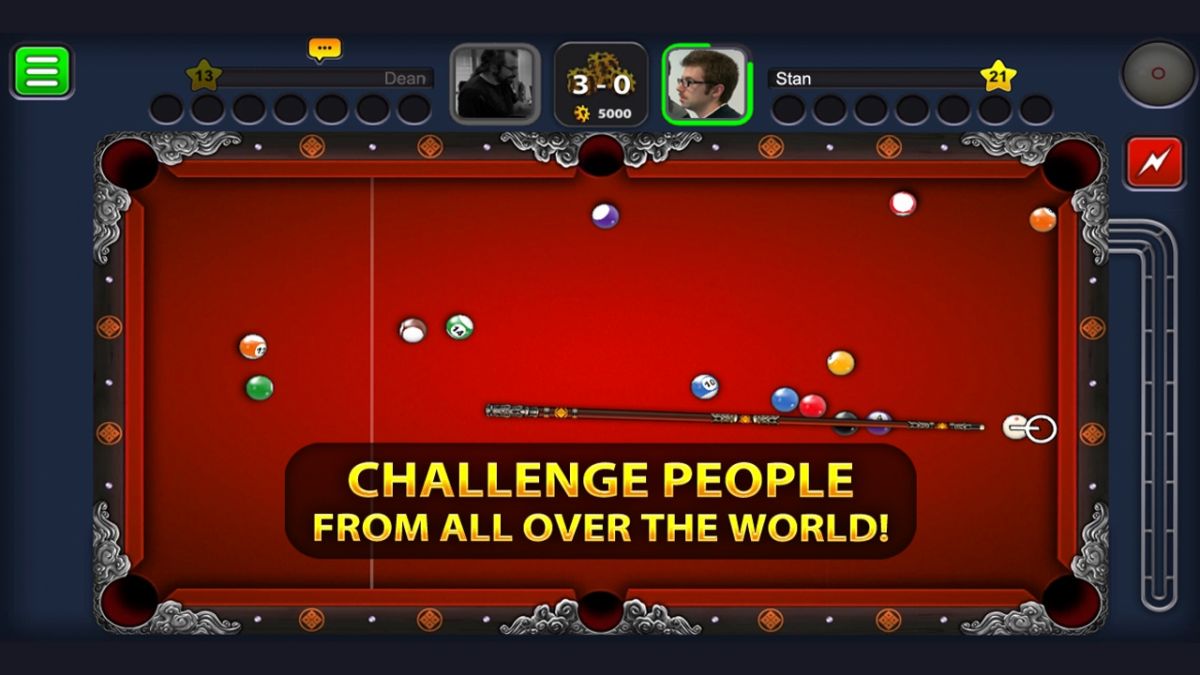 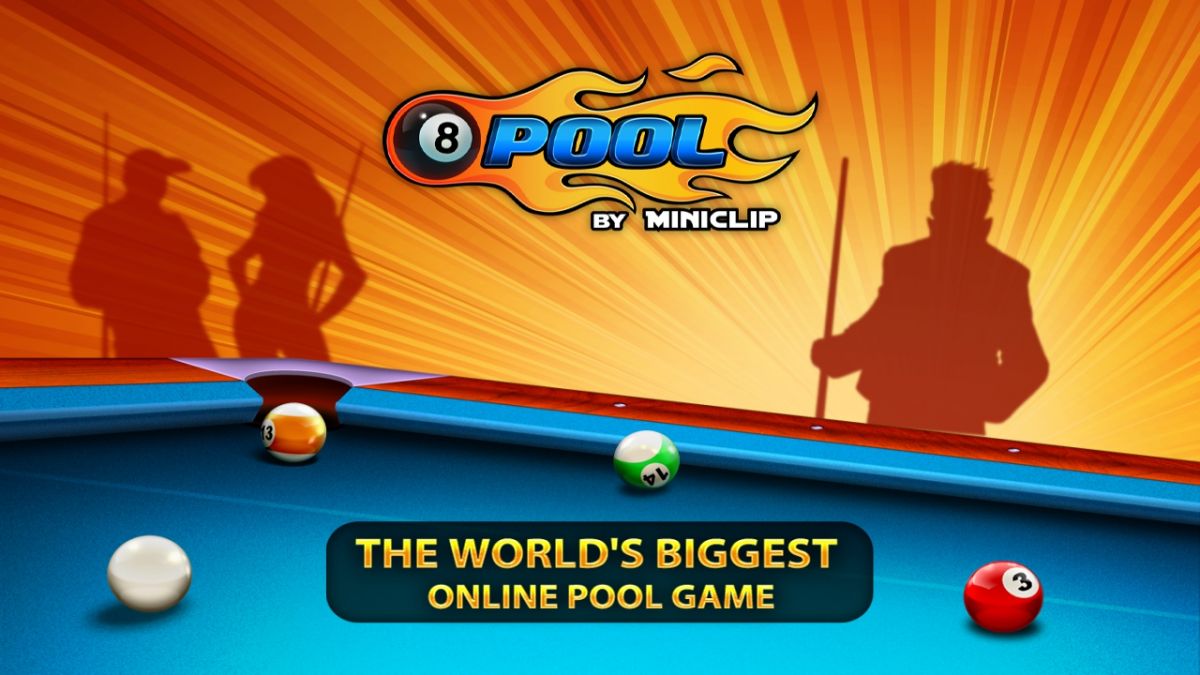 A mobile gaming classic, 8 Ball Pool combines freemium progression and social play features with a surprisingly accurate and robust simulation of the game of pool. Enjoy different styles from around the world and challenge your friends to big tournaments with in-game prizes on the line!

Released in 2010, 8 Ball Pool is a multiplayer pool simulator that’s available for iOS and Android. A Flash version of the game could be played for many years, but is very difficult to acquire in the present era. 8 Ball Pool has dominated play charts ever since its inception, with millions of active users and lots of online discussion to this day.

The gameplay in 8 Ball Pool is simple. Your goal is to use the app’s controls to manipulate a digital pool cue, striking the cue ball and causing it to ricochet off of other balls to knock them into pockets.

8 Ball Pool uses a fairly aggressive freemium monetization model. You can buy in-game currency with real money, and you can burn through your stash of in-game tokens in a matter of minutes. Luckily, you can play the game entirely for free with a bit of self-discipline. Some of the more expensive purchases, like fancy cues and big tournament entries, aren’t necessary to enjoy the game. Additionally, while big entry fee tournaments can run you out of in-game currency in a jiffy, they also have big prizes, so they’re a good source of resources once you’ve mastered the game.

As far as cues go, while 8 Ball Pool has quite a few very expensive cues with words like “legendary” and different stats, most experts think you don’t need them. Instead, the best players suggest that you pick a cue, stick with it, and learn how to use it well. The fancy cues aren’t necessarily better in a vacuum, they’re just different. You might be able to shoot the ball farther with a cue with maxed power or pull off some interesting trick shots with cues with more subtle attributes, but these are situational advantages at best. For many shots, you’ll prefer to have a more middle-of-the-road stick that you’ve practiced with, ensuring you’ll bounce the balls where you want them.

8 Ball Pool’s simple, top-down graphics might seem cartoony, but it’s a fairly accurate simulator of real pool mechanics and strategy. You might not be able to do some crazy trick shots (like jumping the cue ball over your opponent's balls), but pretty much everything else you can do at a real pool table applies to the app.

This means that in most cases, the best way to improve at 8 Ball Pool is to find content about improving at real-life pool. Luckily, pool is a popular game that’s been the subject of many articles, documentaries, and movies. This means that there are a lot of social media content creators who have plenty of information for you to devour.

As far as basics go, start by trying to think ahead as far as you can. When you’re lining up a shot, try to think about where both your target ball and the cue ball will wind up. Use a combination of power and spin to try to change the position of the cue ball at the end of your shot to give yourself an easy follow-up. To adjust spin, tap the white cue ball in the upper right corner of your screen. Mess around with different combinations of spin, angle, and power in offline practice until you get a hang of controlling the position of the cue ball, then dominate the competition by sinking all of your balls in one big chain.

Most of the other tricks in 8 Ball Pool are situational. When hitting a ball into a cushion, be sure to angle the shot so that your target ball doesn’t collide with the cue ball after it bounces off the cushion. Use the diamonds on the outside of the table to measure angles and calculate shots with lots of bounces. Your bounce angle will always have an axis of symmetry perpendicular to the table, so if your cue ball hits the felt on the opposite side of the board one diamond over, it’ll travel over an additional diamond before it returns to your side of the table. Likewise, if it travels two diamonds before it hits the far side, it’ll travel two more before it returns. Remember that the side pockets count as unmarked diamonds so you don’t mess up your count!

8 Ball Pool has simple, subdued 2D graphics. Its control scheme works great on mobile, ensuring you’ll never feel like you missed a shot because your phone didn’t interpret your swipe correctly. While you spend a lot of time playing against real players, the game’s massive popularity and the fact that it’s not particularly sensitive to latency ensures that you’ll always have players near your skill level to match with. Perhaps best of all, while the game will try to get you to spend money, it’s not very pay-to-win. In most games, the player who plays pool better wins, regardless of how much money you’ve spent or how long you’ve played.

Are you an 8 Ball Pool master? Has 8 Ball Pool improved your offline pool game? What’s the biggest tournament you’ve won in 8 Ball Pool? Let us know in the comments below!