* For reference, The Clash of Clans game Reviews websites are all approved, there are no viruses and malware.

* For reference, The Clash of Clans game purchase URL is the Amazon website, please feel safe to get it. 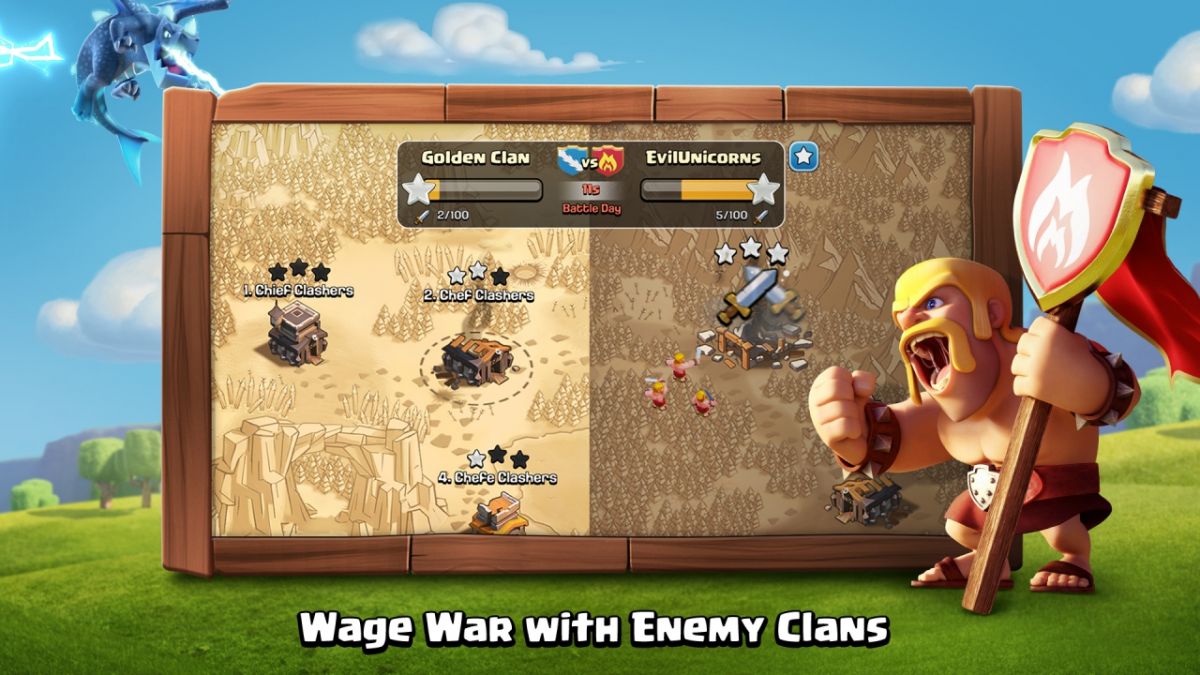 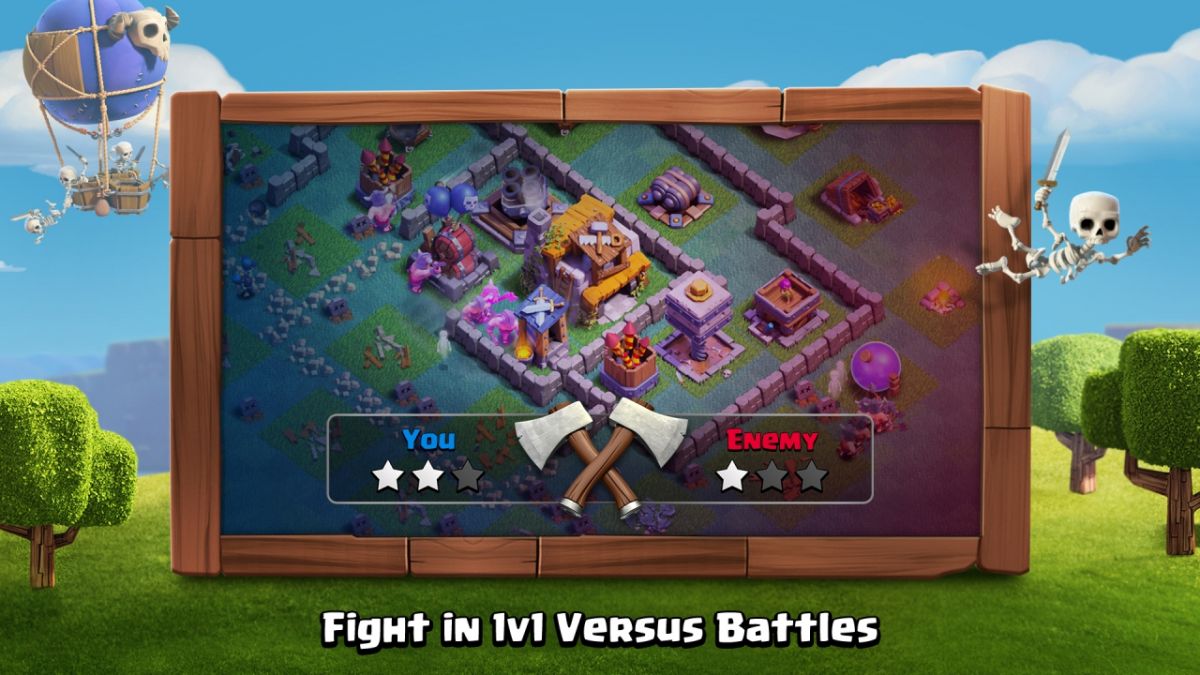 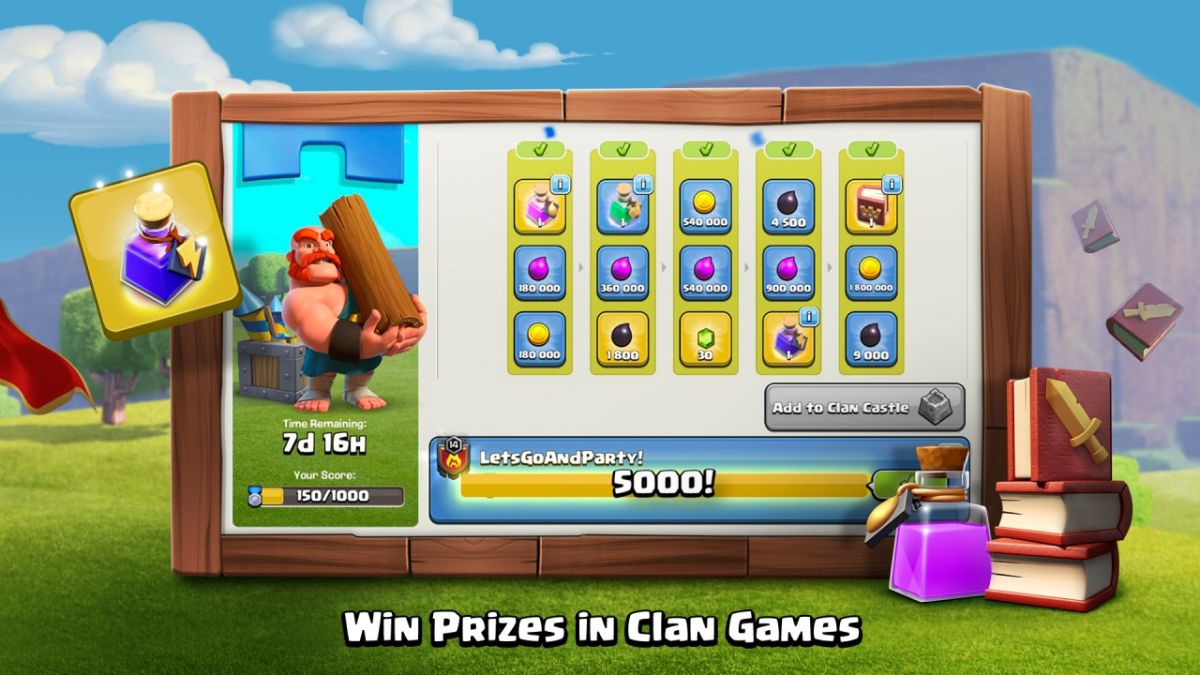 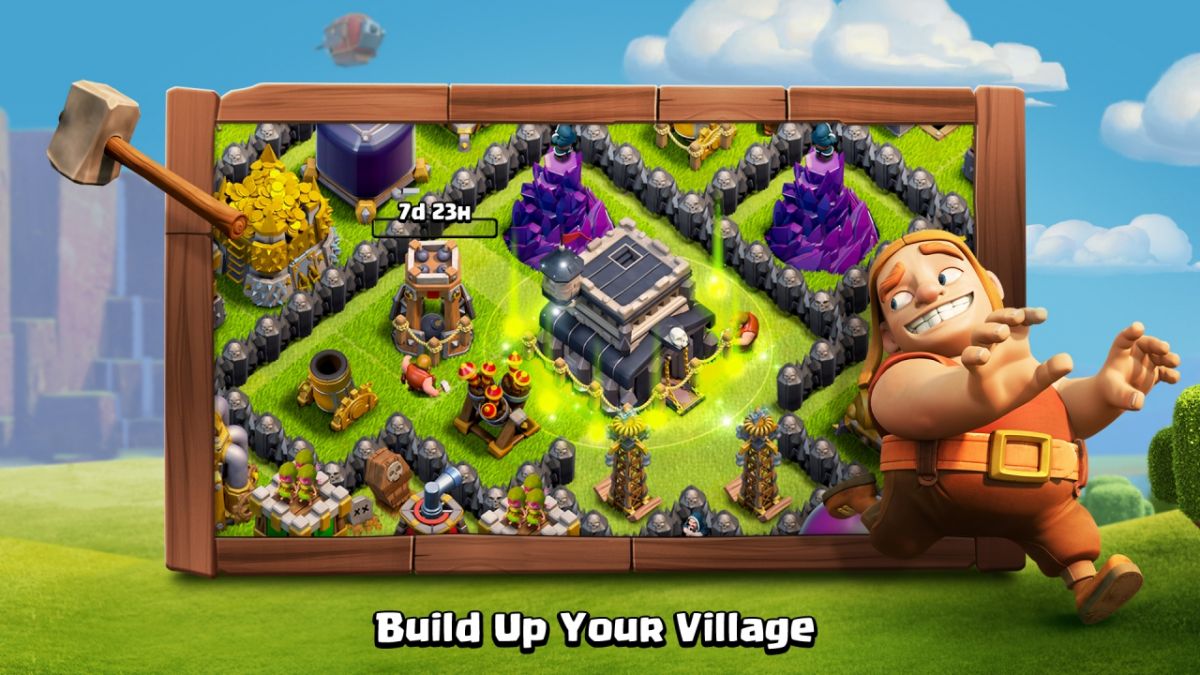 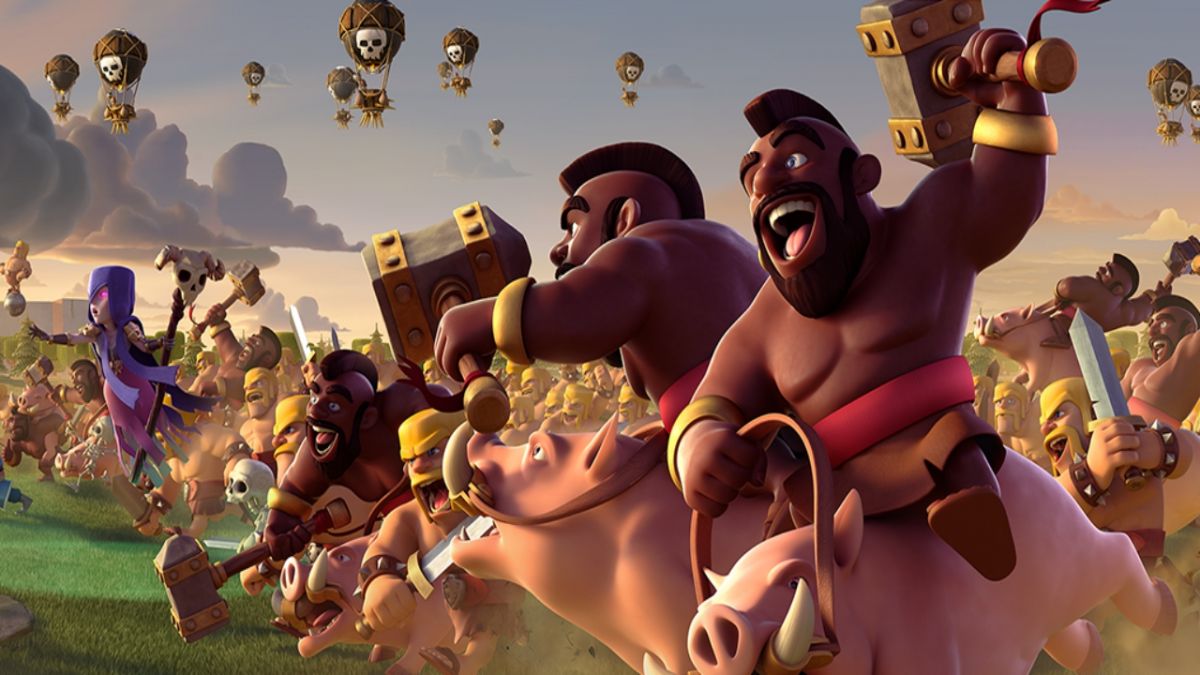 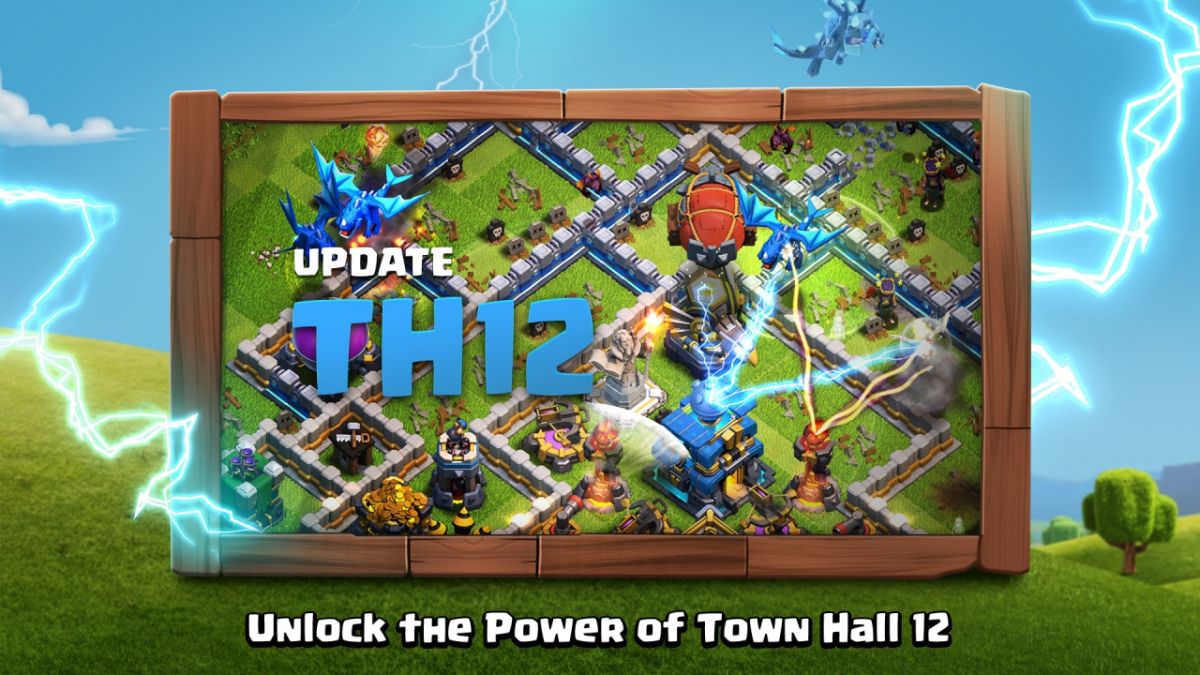 Combine brains and brawn as you strive toward total domination!

Real-time strategy games have been with us for a long time (since at least the late 80s). Those who were alive in the 90s might remember Warcraft (not WOW!) and Dune II. Now, those were some classic gems!

Enter the 2000s. The video game market literally blasts you with real-time strategy releases. Meanwhile, mobile gaming, in its modern sense, would not be a thing until the iPhone came out in 2007.

In 2012, Supercell releases one of its most successful mobile titles but did not exactly invent something new. Clash of Clans is, at its core, a simple strategy game. However, Clash of Clans did many things right back in the day, causing it to spawn a plethora of clones, just like Dark Souls and Diablo would.

Supercell likewise developed a very effective marketing strategy that garnered a lot of attention in the midst of a very young market. Mobile gaming was taking off during those years, with some gurus claiming that mobile would be the future and that consoles and PCs would have to take a back seat very soon. In 2022, that prophecy is still waiting to be fulfilled. Anyways, enough with history lessons already!

Clash of Clans had (and still has) another thing going for it: Aesthetics. No one can doubt that, while not breathtakingly original or even power-hungry, the graphics design of this game was very attractive, especially for casuals. Back in 2012, these visuals were hard to find on mobile, a factor that would catapult the game's sudden success. Yet, this is hardly the only thing that made Clash of Clans a top 5 download on Apple's App Store in 2012-2013.

Clash of Clans was also very attractive due to its smooth learning curve. Notwithstanding the fact that the game holds your hand during your first few minutes, the game is very easy to play, albeit not "easy to beat". The UI (user interface) may have something to do with that.

The user interface in most strategy games is wont to be cluttered beyond repair, leading to utter frustration and, ultimately, lack of further interest. Conversely, this game's UI is highly intuitive and is ranked among the most user-friendly in the mobile space, which is another important ingredient in Clash of Clans' rise to prominence. It could be said that Clash of Clans passed the "mom test" (as Diablo's David Brevik would put it), as in, the game is so simple to use that even our moms could play it!

Ok, so after singing all the odes and praises, we must still face the inevitable reality that no game is perfect. This game, unfortunately, suffers from subtle pay-to-win mechanics, at least in its online component. Undoubtedly, you can manage to remain moderately competitive without having to pay a penny, and, to its credit, the game still offers a fair single-player mode for when you wish to simply have some freemium fun, but you will still have to cope with some grinding.

Ever since the game was released, it has been receiving constant updates and support from the devs, which shows a high level of commitment. Clash of Clans doesn't seem to be going away any time soon, even as 10 years have already passed!

Clash of Clans is a -to-play strategy video game set in a persistent fantasy world. A persistent world is a virtual world that keeps existing and developing even without your input, meaning that many processes would still be underway as you leave the game.

The game tasks you with building a village using resources gathered by assorted means. These resources can be obtained by attacking other players' settlements, earning rewards, purchasing them with medals, or producing them in your own village via certain buildings. You're also charged with the responsibility of training troops and upgrading them, as well as spells and defenses for your village.

The resources utilized for these purposes are gold and elixir. To gather gold, you must build gold mines and storages. Respectively, to obtain elixirs, you should install elixir collectors and elixir storages. Gold is the currency utilized for buildings and Town Hall upgrades, while elixir is employed for training and upgrading troops through laboratory research.

Town Hall upgrades unlock new defensive buildings, such as the Eagle Artillery (available when you reach Town Hall 11). These Town Hall updates also make certain items available, such as dark elixir, which is a special type of elixir for training and upgrading dark elixir troops such as golems, Valkyries, witches, and lava hounds. Several heroes, such as the Barbarian King, are summoned using dark elixirs.

Speaking of heroes, they are the most powerful units in the game. One of the main perks of hero units is that they can't die. They could be defeated, in which case you'd have to wait until they've regenerated their health, but you won't have to spawn them again, as is the case with ordinary troops.

This game was designed primarily as a multiplayer game, focused on player-vs-player skirmishes. In multiplayer, you can either raid other players' bases or defend your base against their attacks. If you manage to succeed in your offensive or defensive endeavors, you earn trophies (which will raise your ranking on the leaderboard) and resources.

Among the online features available, you'll find clan formation. You can build a clan castle, which will allow you to create a clan or join an already existing one. You will be able to enroll in clan wars, wherein two clans engage in a fight that lasts 24 hours. The clan that does the most damage to the opposing bases wins, gaining loot and prestige as a result.

Finally, you may speed up training, upgrading, and building times by spending gems, which is the game's premium currency. This currency can be earned via Achievements and clearing Obstacles. You can also purchase them with real money. You begin the game with 500 gems on your account, but you'll be compelled to spend half that amount during the tutorial.

For the record, Supercell also included a single-player campaign (sort of) in which you can attack some goblin villages. There's no super elaborate plot behind these missions, which leads me to the notion that the devs just added this mode in an attempt to lure players back to the multiplayer mode, which is where most of the "munny" is made.

Clash of Clans may not be the best game ever, nor the best mobile game. Regardless, despite its old age and -to-play nature, is a surprisingly engaging and polished title that deserves a great deal of recognition due to the legacy it has wrought. I definitely recommend that you try this one out if only to raze some goblin fortresses to the ground!

Have you tried this gem out? Let me know in the comments below!

Great
One of the best MMO games. Keeps you coming back and never getting bored and is rewarding to build your skill at. I know many players who have been playing for many, many years of all backgrounds worldwide. Like most games, it tries to sucker you into paying absurd amounts of money for boosts and advantages, but it can also be played without spending a lot with patience and strategy.