* For reference, The Stickman Soccer game Reviews websites are all approved, there are no viruses and malware.

* For reference, The Stickman Soccer game purchase URL is the Amazon website, please feel safe to get it. 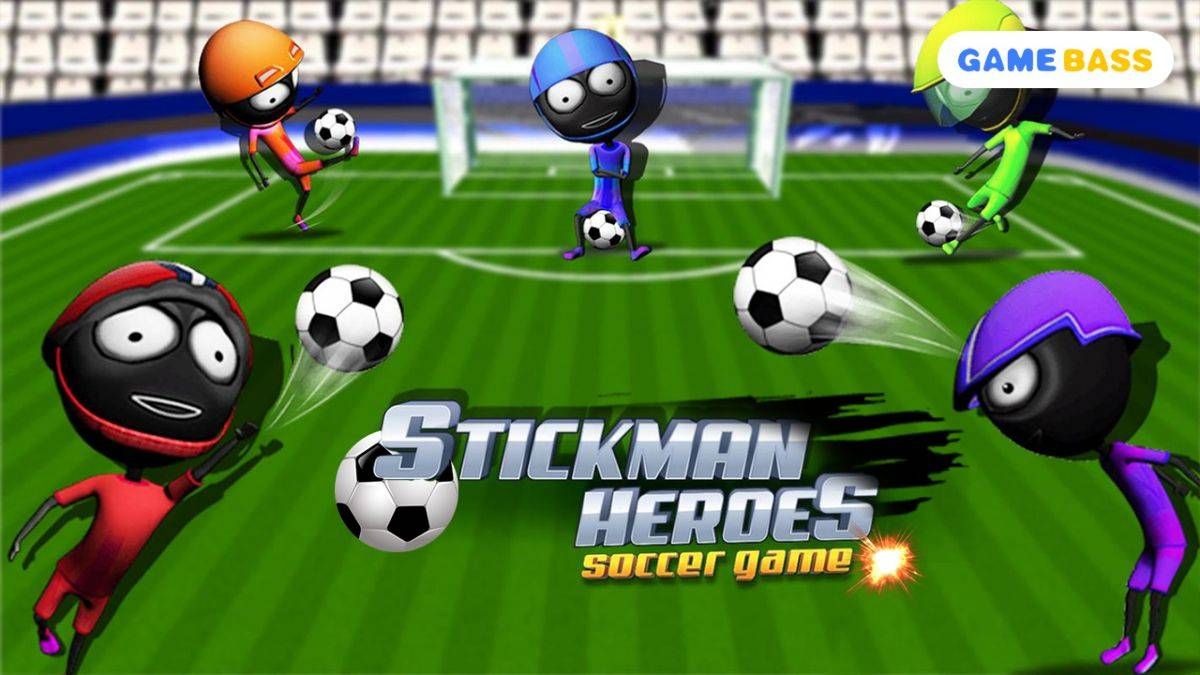 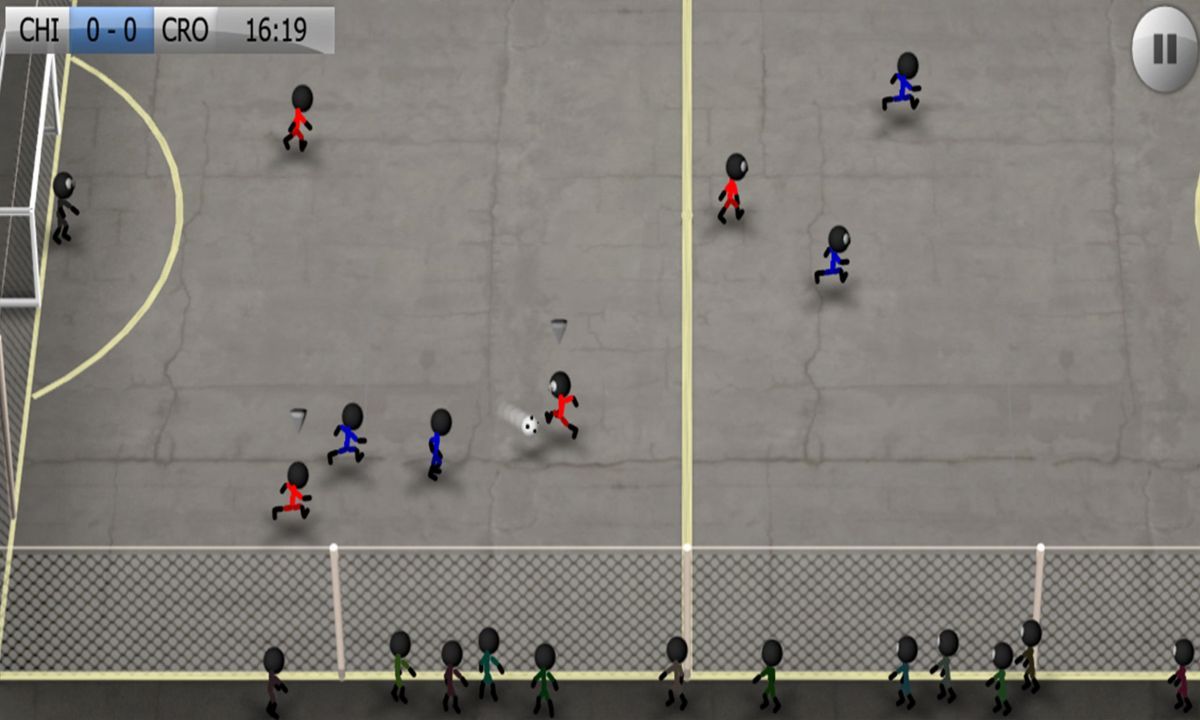 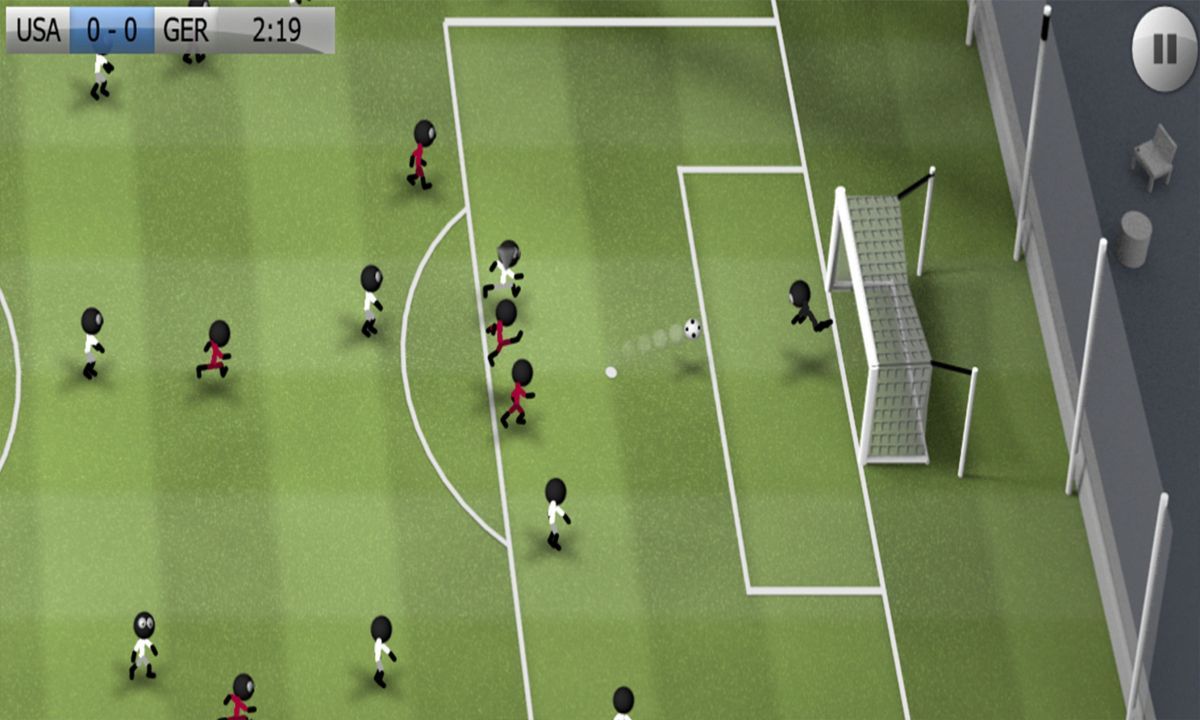 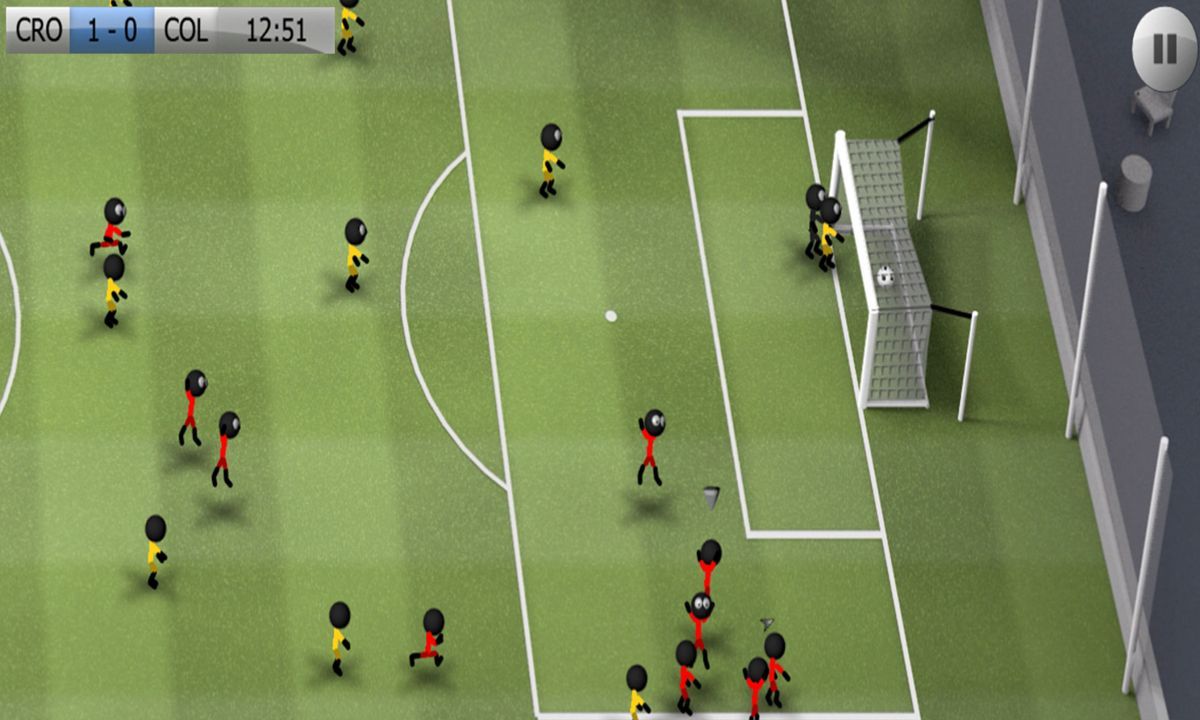 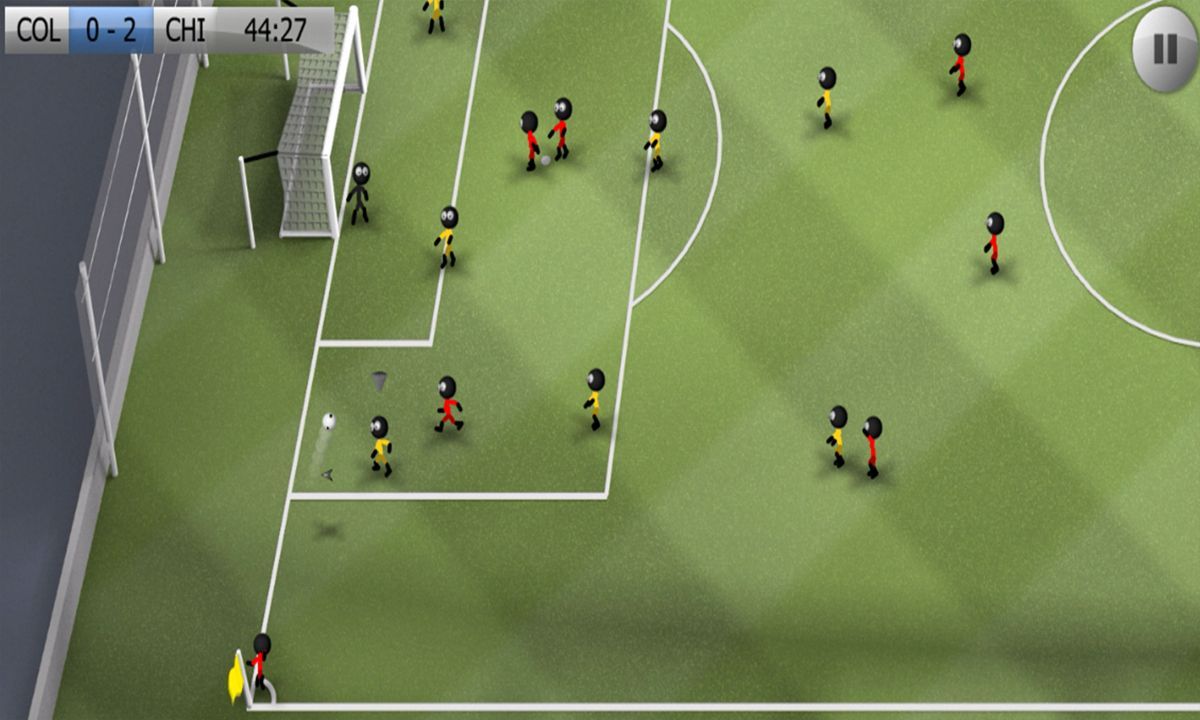 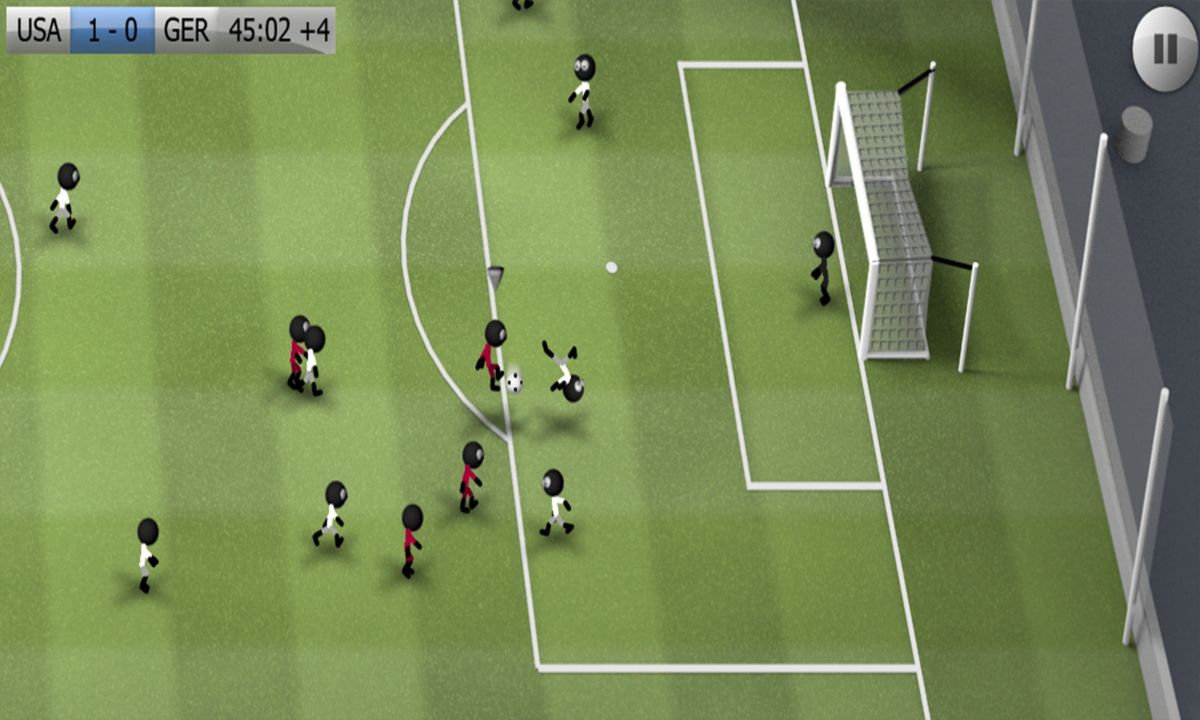 Soccer games used to abound back in the 16-bit days, before FIFA garnered all the attention thanks to its exclusive licenses. From that point onwards, there were virtually no competitors to the yearly FIFA games, with only Pro Evolution Soccer (now eFootball) merely tickling FIFA's heels.

Thankfully, the mobile market has become a playground for a myriad of soccer game offerings. Some of them are hit-and-miss, others are downright terrible, but Stickman Soccer has managed to "stick around" (no pun intended) after nearly 10 years thanks to its particular value proposal.

But, "what does Stickman Soccer bring to the table?" you may ask. Well, it's in the name, actually! This game doesn't make bold claims about being a true-to-life soccer simulator or having state-of-the-art graphics that can crush the most powerful gadgets known to man. Rather, it's all about having fun and making soccer games fun to play again, with amusingly-designed characters to boot.

You won't find a Messi, Ronaldo, or Toni Kroos. Djinnworks is not concerned in the least about licensed players, because we have the "stickmen" to the rescue! Now, I'm not entirely sure if these guys can be described as "stickmen", for their design appear to be a bit more elaborate than what the game's title would suggest.

One thing I find fascinating is that, despite the apparent unpretentiousness of this game, the physics are incredibly well crafted and believable within the game world. Players don't run exactly like real-life footballers but there's still some sense of gravity to their movement while retaining their cartoonish appeal. The AI is also surprisingly good, and it's evident that the developers really placed their focus on these aspects of gameplay in lieu of the graphics.

At first sight, this game may remind older gamers of the glory days of the SNES era, when soccer games delivered a barebones arcade experience and did not care too much about "boring" realism (hardware limitations aside). This game, albeit perhaps unintendedly, follows a similar formula. There's no micromanagement, no transfer season, no tradeable cards, and no "career mode". The game field is just three or four taps away, something that I'm sure many old-school gamers miss.

So, up to this point, everything appears to be fantastic. However, this game is, shockingly, not perfect. I won't complain about the graphics (I like the art style) nor the UI (which is functional and decent-looking). My main complaints are related to ads and difficulty balancing.

The ads can get a bit annoying and intrusive though, quite frankly, I have seen a lot worse in this space. Yeah, having to wait 5 seconds to skip an ad and get to the second half of the game is not my idea of fun, but it's better than having ads pop out every time you tap on a button. Luckily, If you play with "airplane mode" toggled or disable your Wi-Fi/data, you could bypass this nuisance.

My other complaint is with the difficulty. This game is just too easy against the AI, even on the highest difficulties. You'll soon learn that this game is meant to be played online but, unfortunately, this one doesn't carry that option. You'd have to install their latest release (Stickman Soccer 2018) to enjoy online multiplayer. There's still a leaderboard, but I'm not sure if that's enough to satisfy competitive players nowadays.

Stickman Soccer is a soccer (football) game wherein you take control of a team of your choosing amid the 32 teams the game offers. The  version of this game only grants you the ability to choose between four teams. If you want access to the remaining 28 teams, you'd have to unlock them via the "Become a Pro" in-app purchase.

This game is played either via touchscreen controls or a MOGA controller. If you opt for using your device's touchscreen, you can toggle between automatic and manual running, depending on your gameplay focus.

If you want full control of your players, select manual mode, consisting of a virtual joystick and contextual command buttons. In the "automatic" mode, the game does the heavy lifting and you only need to concern yourself with where the ball should go, tapping on the desired destination.

The manual controls comprise very simple commands. I wasn't able to find lobbed passing or through passing options. The headers and crosses are other glaring omissions that I wished were available, as they could have added more variety to my playthroughs.

The game doesn't seem to abide by offside rules. Also, so far, I've not found any instance of a foul being committed against or by my team. These mechanics were apparently introduced in the 2018 launch, along with the yellow/red cards system and other features reminiscent of real-life soccer games.

There are three game modes to choose from, to wit: Quick Game, Seasons, and Training Mode. "Quick Game" is the traditional friendly mode of most soccer games, and you can choose your opponent in each case. In the "Seasons" mode, you can rank up as you play through the 42 rounds, earning points per win or draw. "Training Mode", as the name suggests, allows you to test your skills without going against a timer.

Before each game, you can select its difficulty and duration. Each game comes with three difficulty options - Easy, Medium, and Hard - and four length options - 3, 5, 8, or 15 minutes.

In addition to regular 11v11 pitch games, you can also enroll in 4v4 street soccer, unlockable via the "Become a Pro" IAP mentioned earlier, or by watching 6 ads. I like how the developers let players choose how they'll "pay" for this feature. Street soccer games are quite fun, though they could have benefited from a smaller area or speedier gameplay.

In spite of its faults, Stickman Soccer does what it's set out to do: Being a fun mobile soccer game. It must be stressed that you may miss some of the essential elements of soccer here, but that doesn't mean the game can't be enjoyed as it is. You can also try the latest entry (Stickman Soccer 2018) if you want a more encompassing soccer experience.

Don't hesitate to leave your thoughts about this game or this review in the comments section below! Also, "stick" around for more reviews!