* For reference, The Brawl Stars game Reviews websites are all approved, there are no viruses and malware. 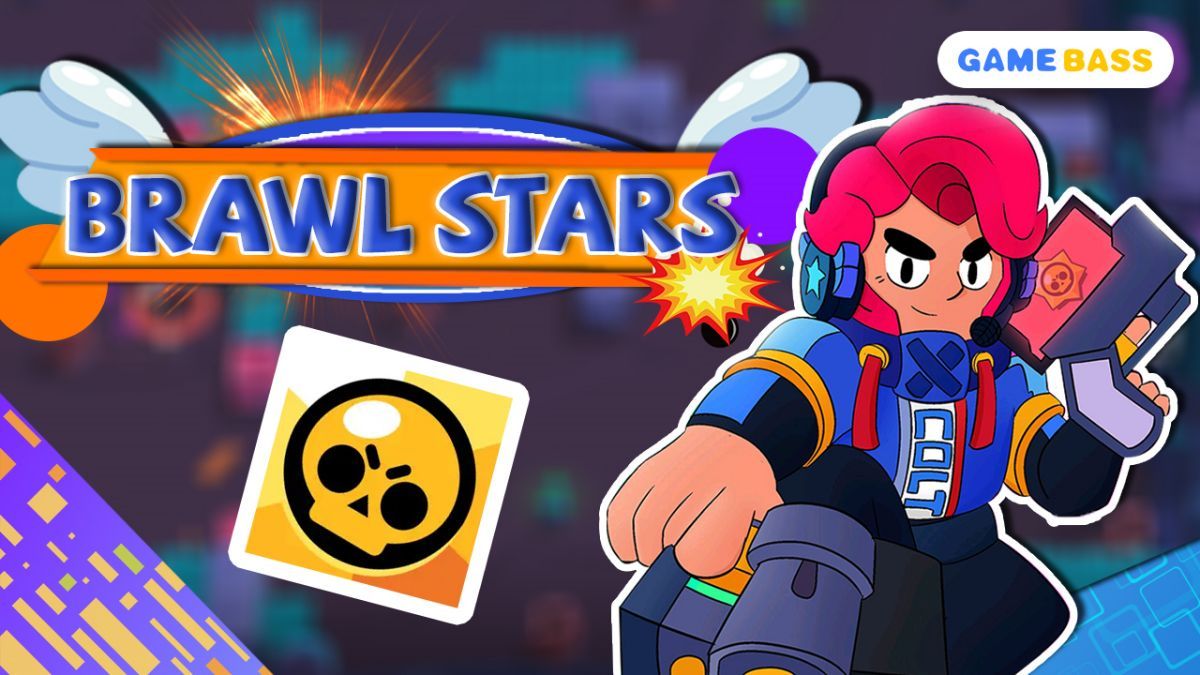 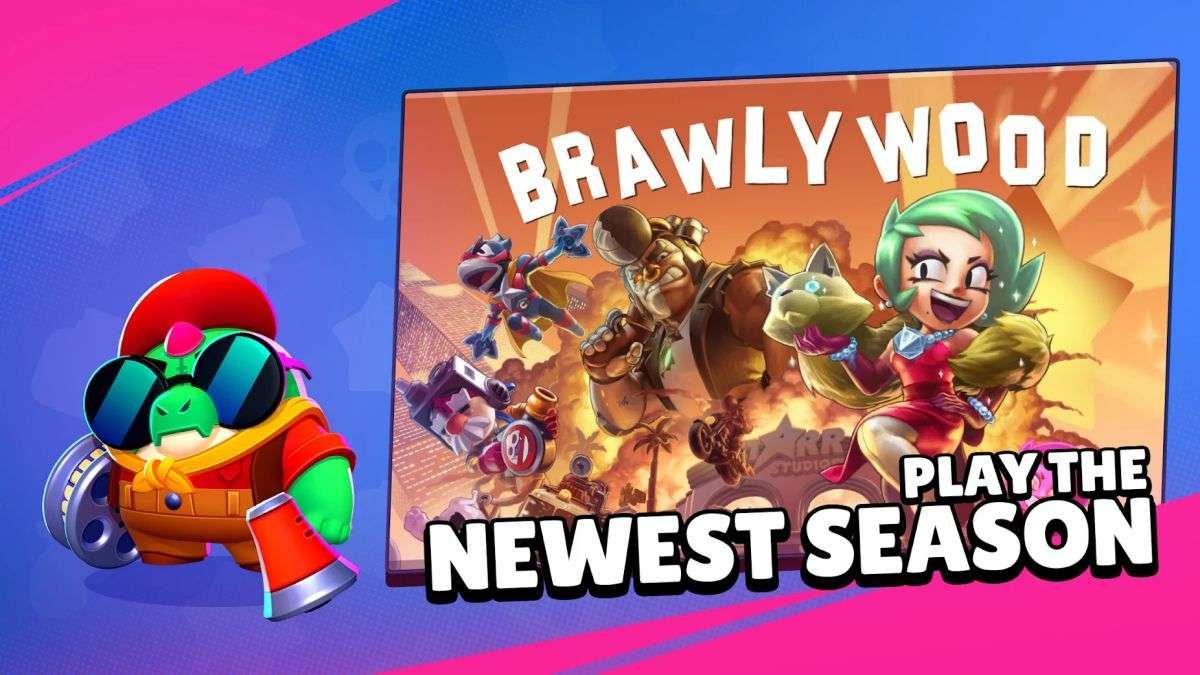 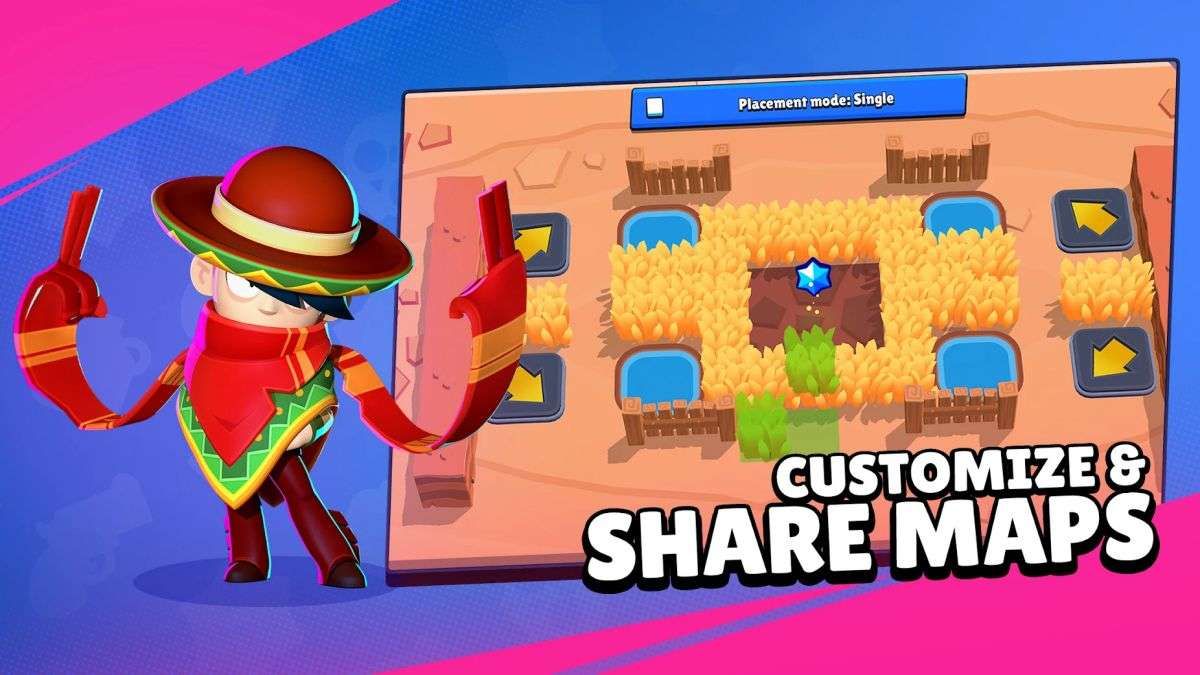 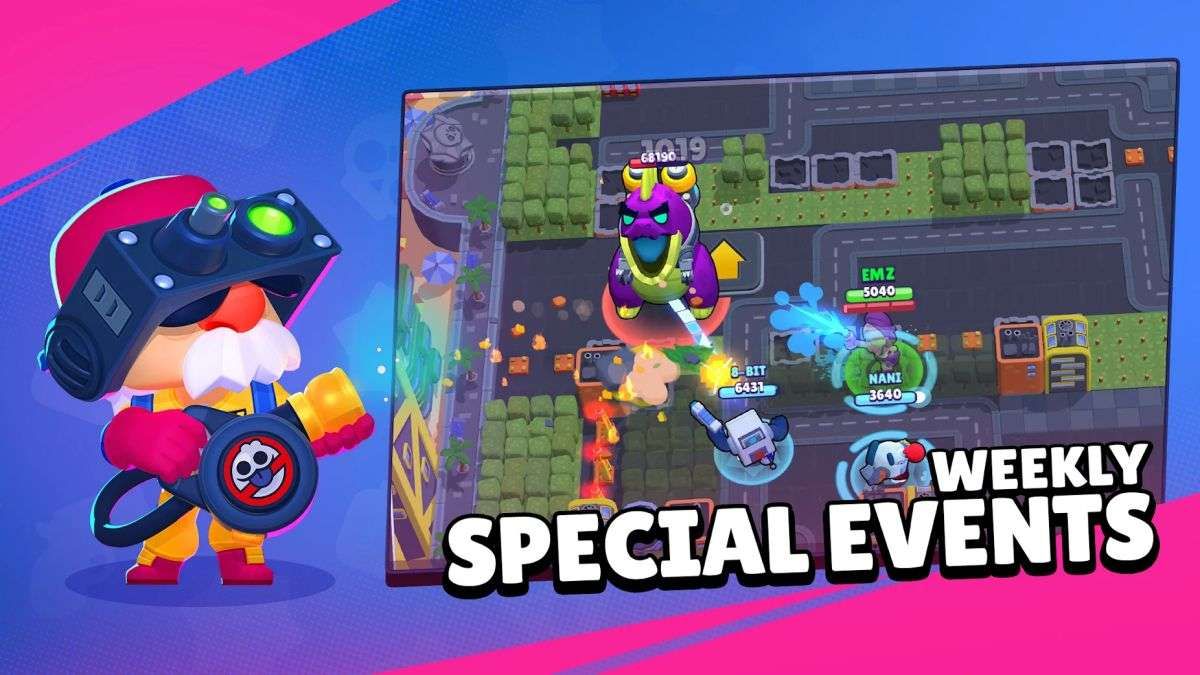 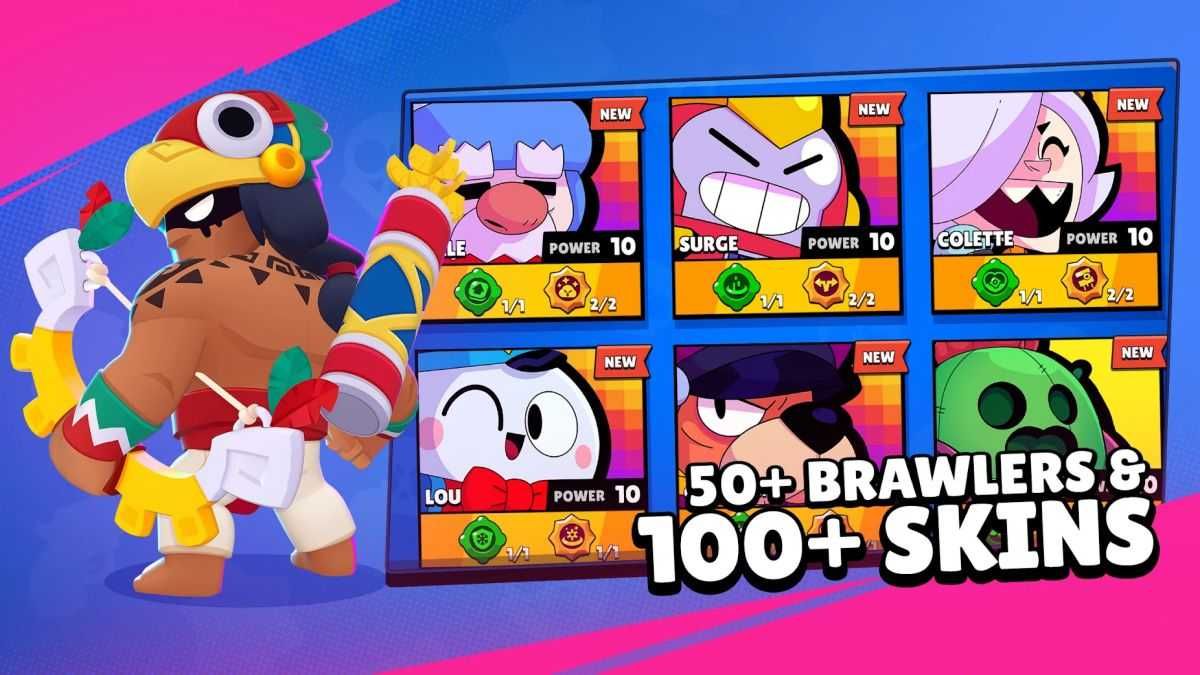 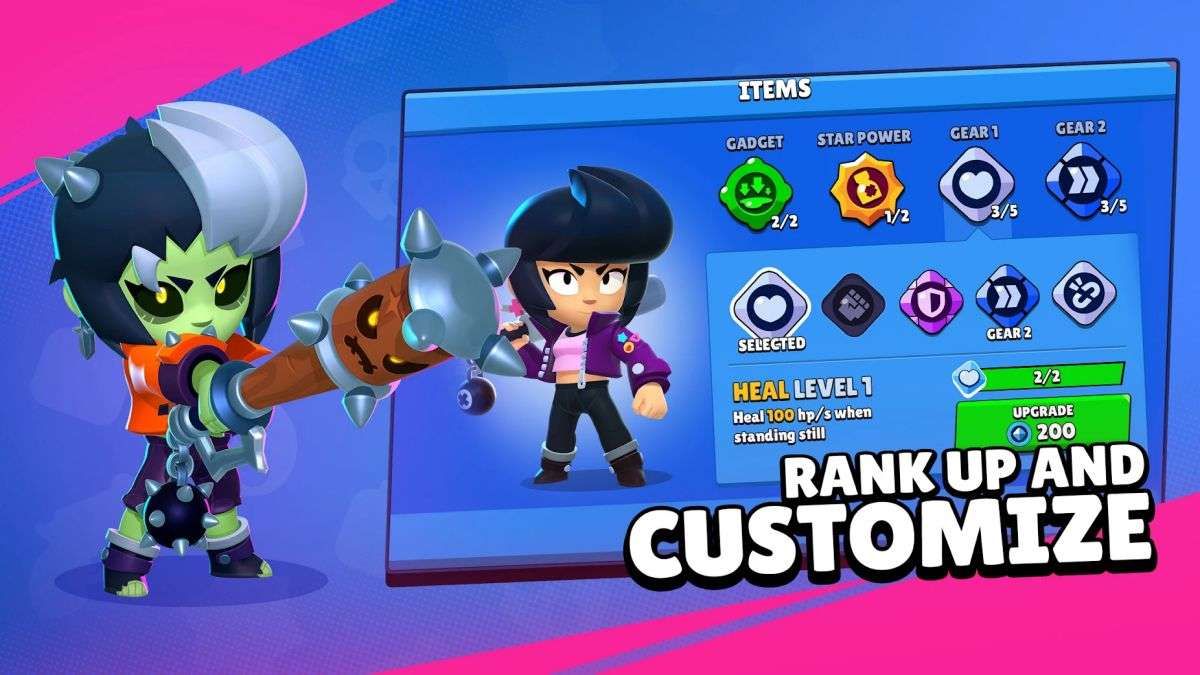 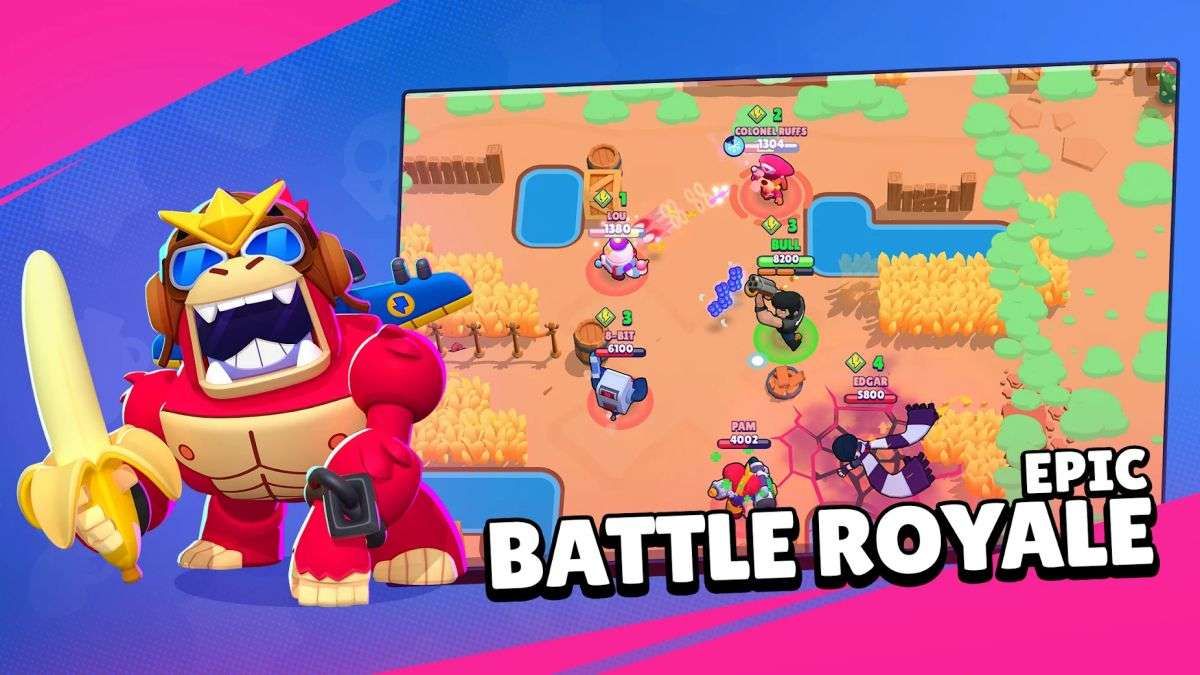 Brawl Stars is an action-packed brawl game full of excitement as you will have to battle for your survival in the different locations of Brawliverse.This game is created by the same makers of Clash Royale and Clash of Clans! Technically, it's a game that can be enjoyed in real-time by three against three players worldwide. Just like Clash of Clans, it's also made for mobile, but it's also available on desktop!

But with this game, you don't clash with a distance with your opponent. It actually depends on your Brawler. Nevertheless, it would be best to aim to be at the top of the leaderboard.It's a fun game for teens and adults because you can enjoy it in 3D. Moreover, it's available on IOS and Android too.

You will have the power to unlock and upgrade different Brawlers armed with their unique characteristics and fighting skills. There are other brawlers in this game. Bol, Shelly, Primo, Frank, Daryl, and Mortis are short-range brawlers. Mid-range brawlers like Nida, Leo, Tara, Spike, Poco, and Crow. There are mid-range brawlers, but more known as throwers are Dynamite and Bayley.Aside from their skills, all are powered by gadgets, including skins. Skins add strength to the Brawler's defense, magic, healing power, or attack power. This will depend on the skin you'll choose. With that being said, you should read the description first and check if it will work with your chosen Brawler.Its main game-play is the Showdown. You can either play with a duo or just stay solo to collect power-ups for your Brawler in this game category.

You can also play with teams to beat your opposing team. This could also help you level up and have the chance to earn more trophies. In the Gem Grab, which is played by three versus three brawlers (3v3), you can win ten gems, but if you lose, you will lose your gems too.

Another (3v3) fight is the Brawl Ball. Here you can show off your football skills. You must get two goals before your opposing team. There's no foul here because nobody will give you a red flag. In the Bounty (3v3), you'll have to beat your opposing teams to earn stars. The team with the most stars will be announced as the winner.In Heist (3v3), you and your team would have to protect your safety by destroying your opponent's safe. Make use of the map to know where to attack and develop strategies. This mode expects you to safeguard your team members and require coordination to succeed. So actually, the ideal way to get familiar with the different aspects of the game is to get a team to play with regularly routinely and learn to sync your skills together.

Just like any other game, there are also Special Events in Brawl Stars. There's a Pro Player Experience, suitable for those who have already mastered their brawlers. But losing here might take more stars away. On the other hand, there is also a Player Versus Environment in which the Brawler would fight with the computer's artificial intelligence. If you want to practice a brawler first, this is recommended for you.

Brawl Stars won't be famous to many gamers if they don't have Championship Challenge. If you qualify, use your practice in the Player Versus Environment and Pro Player Experience to battle with Brawl Stars. Otherwise, you can still enjoy watching the esports scene!

Defeat other teams by winning. Based on the game categories stated above, the players' goal really depends on their personal goals. If you are only playing Brawl Stars as a past-time, Solo/Duo is already an enjoyable activity to do.

However, there would be a big chance you would be indulged and the game and try the higher options. Top in the leaderboard if you can! There's no problem with becoming the best!

If you are wondering how to play Brawl Stars, it's not that complicated. Brawl Stars is very easy to play. You just have to remember to attack while making a watch of your Brawler's health. Basically, you should do every defense and skill to avoid getting killed.

Move the Brawler around the screen with the controls on the right side of your mobile phone. However, since this game is also available on computers, you can connect your keyboard or joysticks and use them for controls.

The game's currency is based on gems. These can be used to buy new Brawler characters, skins, seasonal Brawl Pass, Brawl Box, and so much more.You can earn gems through a lot of methods. You will get free ones once you complete the objectives of each seasonal battle pass. This is updated every so often, so you won't have to worry about running out of chances to earn some gems.You will also earn gems for every tier that you will complete in the game. This means that you can expect a certain amount every time you rank up or level up in the game.You can also earn gems by luck! There are random boxers than might give you gems for free although the odds are only a few, it is still possible!Keep in mind that you don't necessarily have to pay Brawl Stars for the main purpose of earning gems. You can still enjoy the game even if you don't buy boxes, skins, and characters. Still, you may find the game much more interesting if you strive to earn gems once in a while.

Now, we already know that your main goal in Brawl Stars is to kill and defeat other Brawlers, may they be NPCs or real-time contenders. To do this, you have to work around your controls, use the right skills and techniques, and know when to use defense strategies.

For an overview, you will see two sets of controls on your screen once you open the game. First, we have the location controls. This specifically comes in the form of a virtual joystick. Right next to this are the buttons for shooting. This is where you will find all the skills and defense movements that you can use. If you can't see the placement, turn to look at the top right side of your skin, below your health bar.Simply hold the virtual joystick according to how your want your Brawler to move, and then click the skill that you want to use.

Keep in mind that shooting players in the game involve two main aim modes.The first one would be using auto-aiming. This is only advisable if you shoot an opponent near you. Don't choose auto-aiming if you have multiple brawlers around you. You have to have the sole control over which to kill with what skill. This is called manual aiming.To activate manual aiming, you just have to tap the red button and point it to the closest Brawler near you. If the opponent is not within your sight, you can use manual aiming, but as you go to the climax of your brawl, set it back to manual aiming.

Just remember that the skills have different cool-time. With that, learn to calculate and estimate what combo you should use in critical situations. You're encouraged to share your game experience in the comment area below to have more Brawl Stars in the future!