* For reference, The Toca Boo game Reviews websites are all approved, there are no viruses and malware.

* For reference, The Toca Boo game purchase URL is the Amazon website, please feel safe to get it. 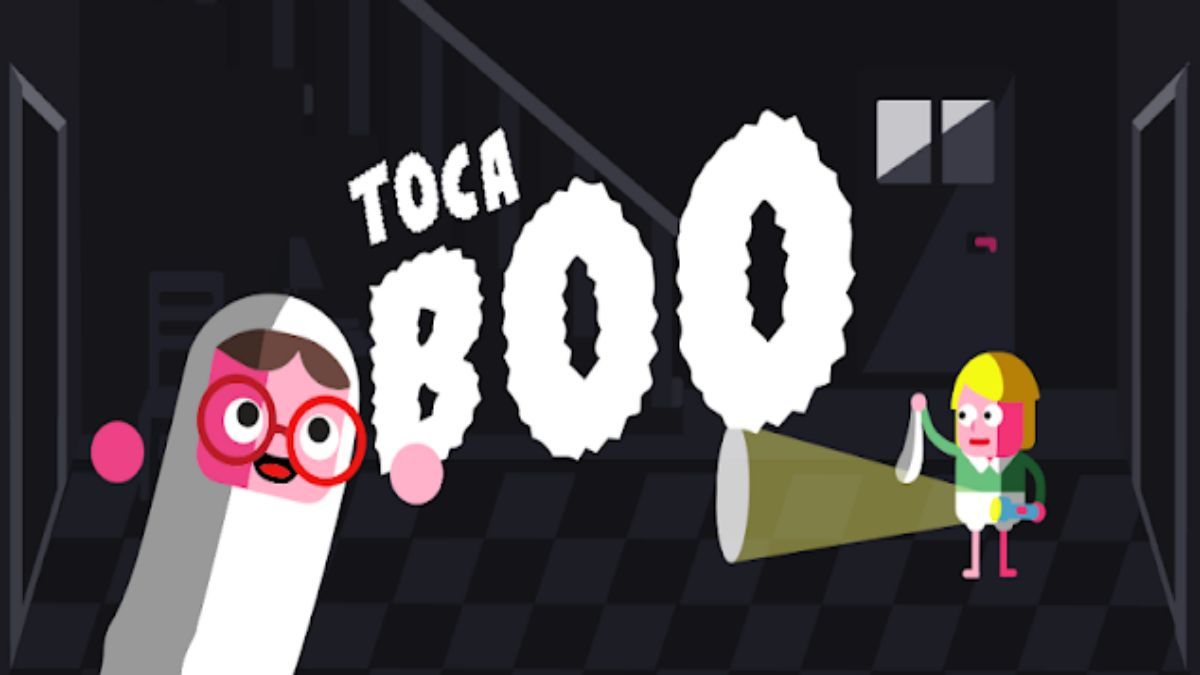 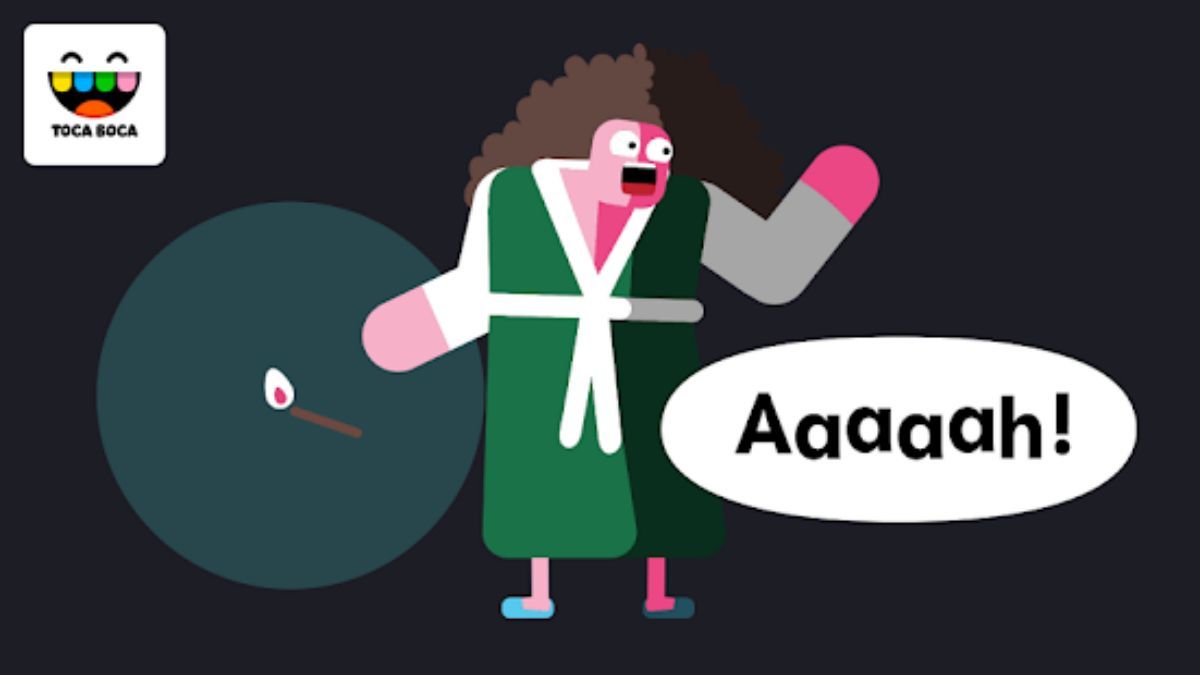 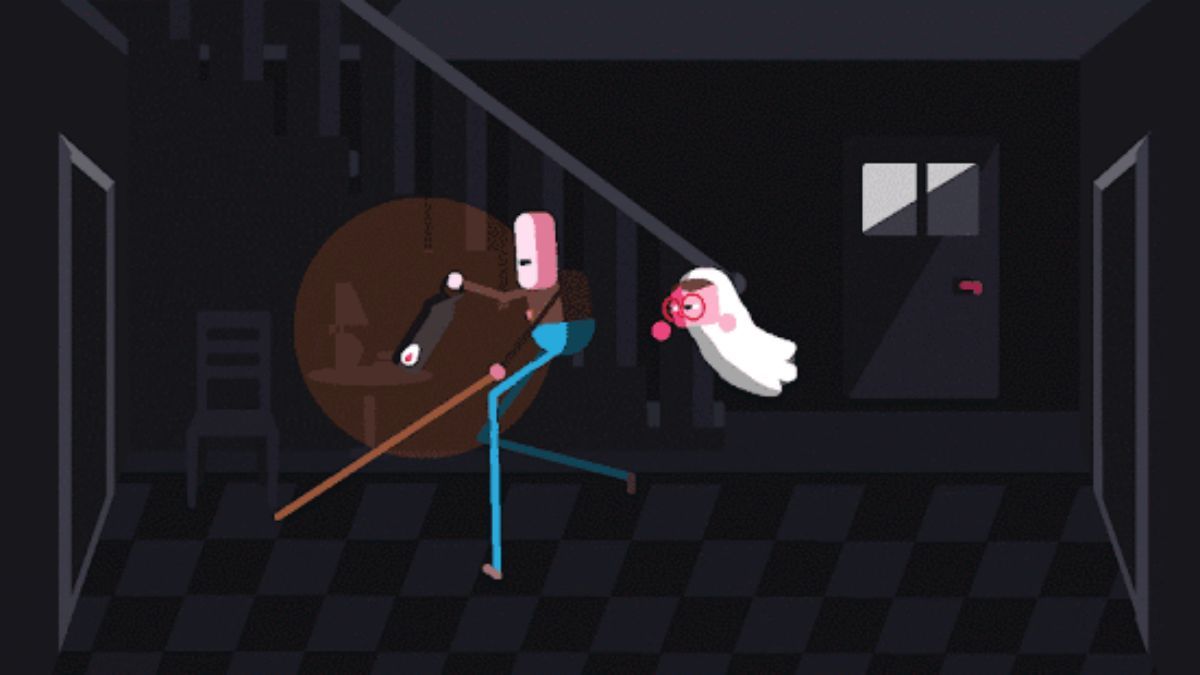 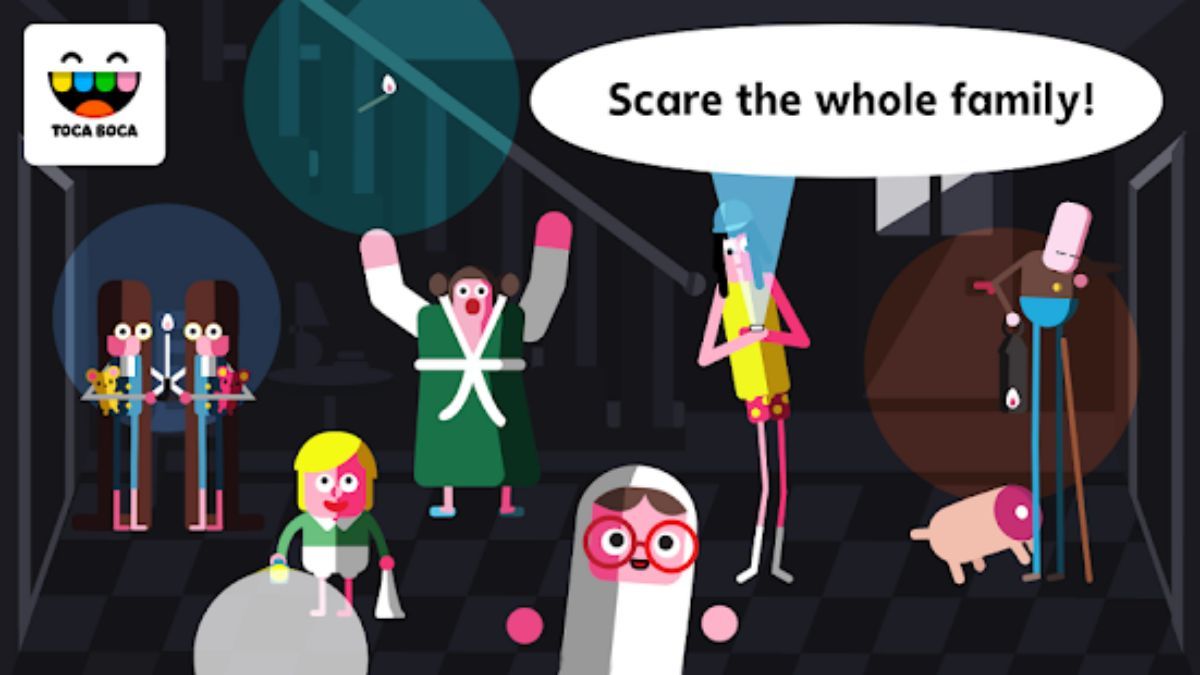 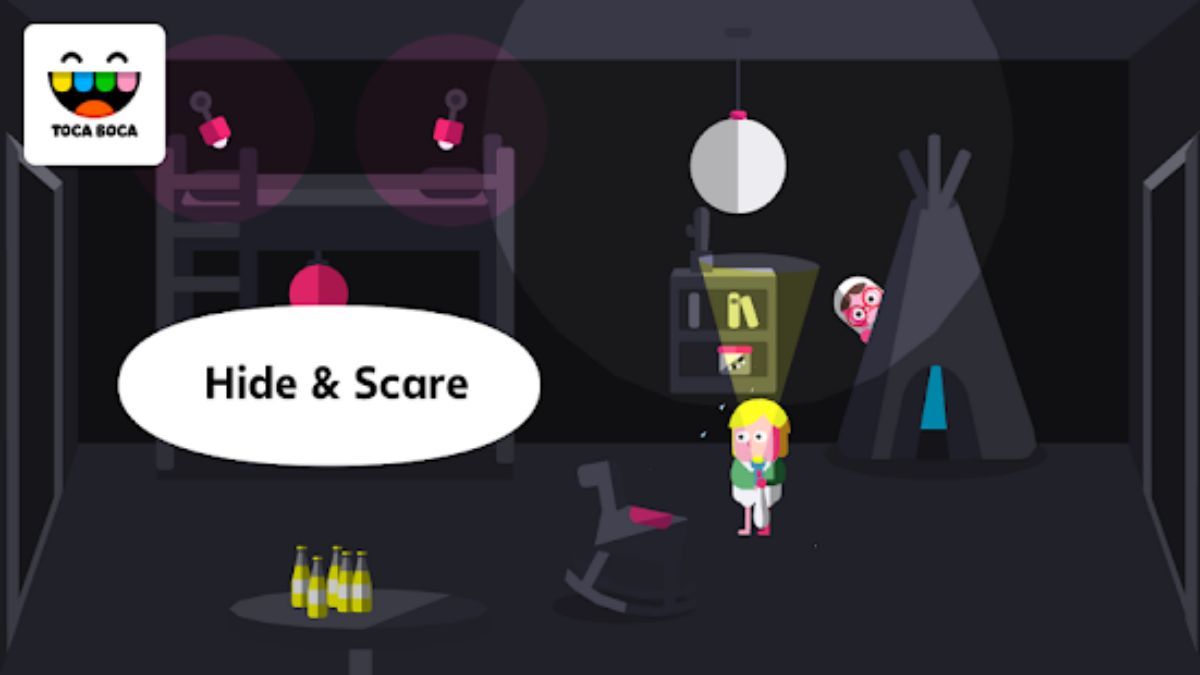 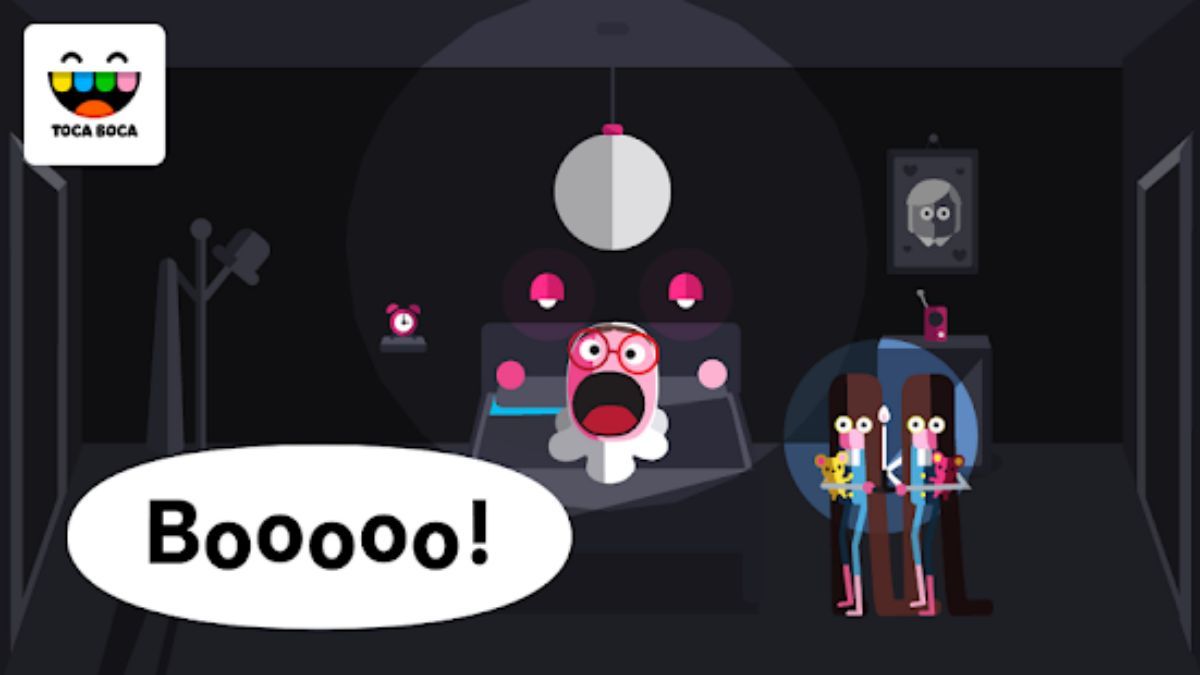 Toca Boo is a game designed for young children about scaring family members. Dress up as a spooky ghost, choose your favorite hiding spot, and pop out with a big BOO! to frighten all sorts of other characters!

Toca Boo is a game designed to be played by very young children. It's a for-purchase game with no microtransactions, little dialogue, and simplistic gameplay. While it's got an implicit goal of scaring family members, it doesn't have numerical progression, levels, or other systems designed to entrap players into spending real-life money. This means it's much safer to leave a kid with Toca Boo than many other mobile games on the market.

The core of Toca Boo is a hide-and-seek-like game that you play with a number of animated family members. You, a young child dressed as a ghost (who can fly) get to zoom around the house and find a fun hiding spot. While you're hiding, you can flip lights, rustle pots, and perform other spooky activities to gradually frighten your victims. When you've had enough, you can pop out from your hiding spot and shout "BOO!" Each family member has a number of unique animations and reactions that play when they're scared, depending on how scary you were. This means that there's a fair bit of replayability before you exhaust everything the game has to offer.

That said, Toca Boo is not a long game. In fact, the idea of hiding, shouting "BOO!" and watching a family member nearly faint from fright can get boring in an afternoon or less. Depending on the age and interest level of your kids, this game might last an hour, a weekend, or a month. Once they're done with the game, your kids will likely be very bored with Toca Boo and will need a new source of entertainment.

Toca Boo has some light stealth gameplay elements that give it a hint of challenge. If you're not careful, you can find yourself stuck in a flashlight beam, giving away your presence. If your goal is to scare the other members of your animated family, you'll have to carefully avoid this beam and get to a hiding spot before you're spotted. This isn't difficult for older players, but it may take some time before very young kids can fully grasp this concept.

Given the low price, Toca Boo is a fairly reasonable purchase. It's a great way to get your kids off of your back for a couple of hours, and it can be used as a parenting tool to help deal with night frights, Halloween, and other related topics. It doesn't have much educational value on its own, however, and the core idea of "scaring people half to death" might be something that you want to talk to your kids about so they understand it's not a normal thing to do lest you find yourself with a precocious poltergeist of your own. The game is safe, fun, and well-crafted, creating an experience that young kids will love.

The gameplay of Toca Boo is very basic. Move the ghost around with your finger, hide in things that look like hiding places, and click on family members to scare them. As long as you don't run directly into the flashlights, candles, and other sources of illumination strewn throughout the house, it's difficult to avoid scaring the other residents.

Should you find yourself desiring unique scare animations, be sure to look around for objects to interact with. The purplish berries, for example, will cause you to emit a cloud of purple fart gas instead of shouting "BOO!" Similarly, the yellow beverages will cause a burp, while the red peppers will allow you to breathe fire for your next spook. The other family members react to these unique animations in the same way that they do your normal ones, so feel free to use whichever scaring method you prefer.

As a parent, it's a good idea to talk about Toca Boo with your kids. Guide them through the first few nights and encourage them to interact with objects and family members creatively. Discuss the moral and ethical implications of taking various actions. In the game, for example, you can very much hide in a bathroom to scare family members. Is that okay to do outside of the game? Make sure you set firm boundaries about which behaviors can be emulated in real life and when it's okay to emulate them.

One of the best qualities of Toca Boo is how it takes a potentially scary situation for children and flips it on its head. Rather than being afraid in a dark environment, the game puts your kids in charge and makes the dark their home. Young children are very frequently scared of the dark, especially when they're alone. Toca Boo will help them conquer that fear, all while teaching them that it's normal and okay to be scared. None of the characters in the game, regardless of their age or alertness, are immune to being scared by a loud "BOO." You can use this fact to talk to your kids and let them know that it's okay to be frightened of the dark, but that they need to be able to deal with their fear and take appropriate actions.

If your kids love Toca Boo, be sure to incorporate it into physical activities like hide and seek in order to keep play fun and interesting. Consider making a ghost costume and helping your kids scare other family members in real life in appropriate ways. As mentioned above, make sure you also discuss when it's okay and not okay to scare people in order to avoid any uncomfortable situations where you've got a young kid in a ghost costume popping up out of nowhere. Toca Boo also makes for great inspiration for birthday parties and other social gatherings. Dress up in ghost costumes, play hide and seek, and take turns trying to scare each other!

Are you a Toca Boo master? Who are your favorite people to scare? Did we miss any tips and tricks? Let us know in the comments below!