* For reference, The Ben 10: Up to Speed game Reviews websites are all approved, there are no viruses and malware.

* For reference, The Ben 10: Up to Speed game purchase URL is the Amazon website, please feel safe to get it. 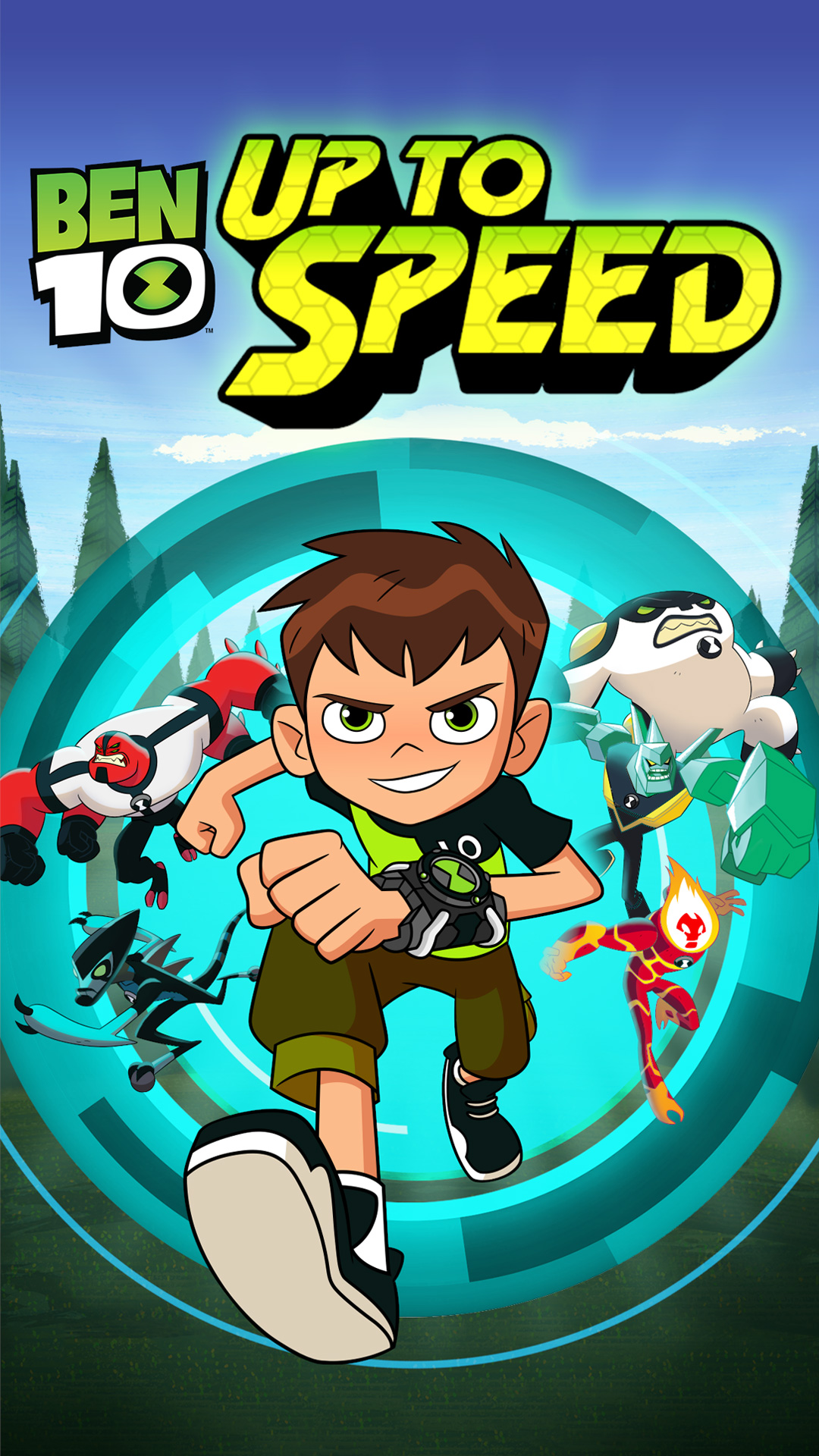 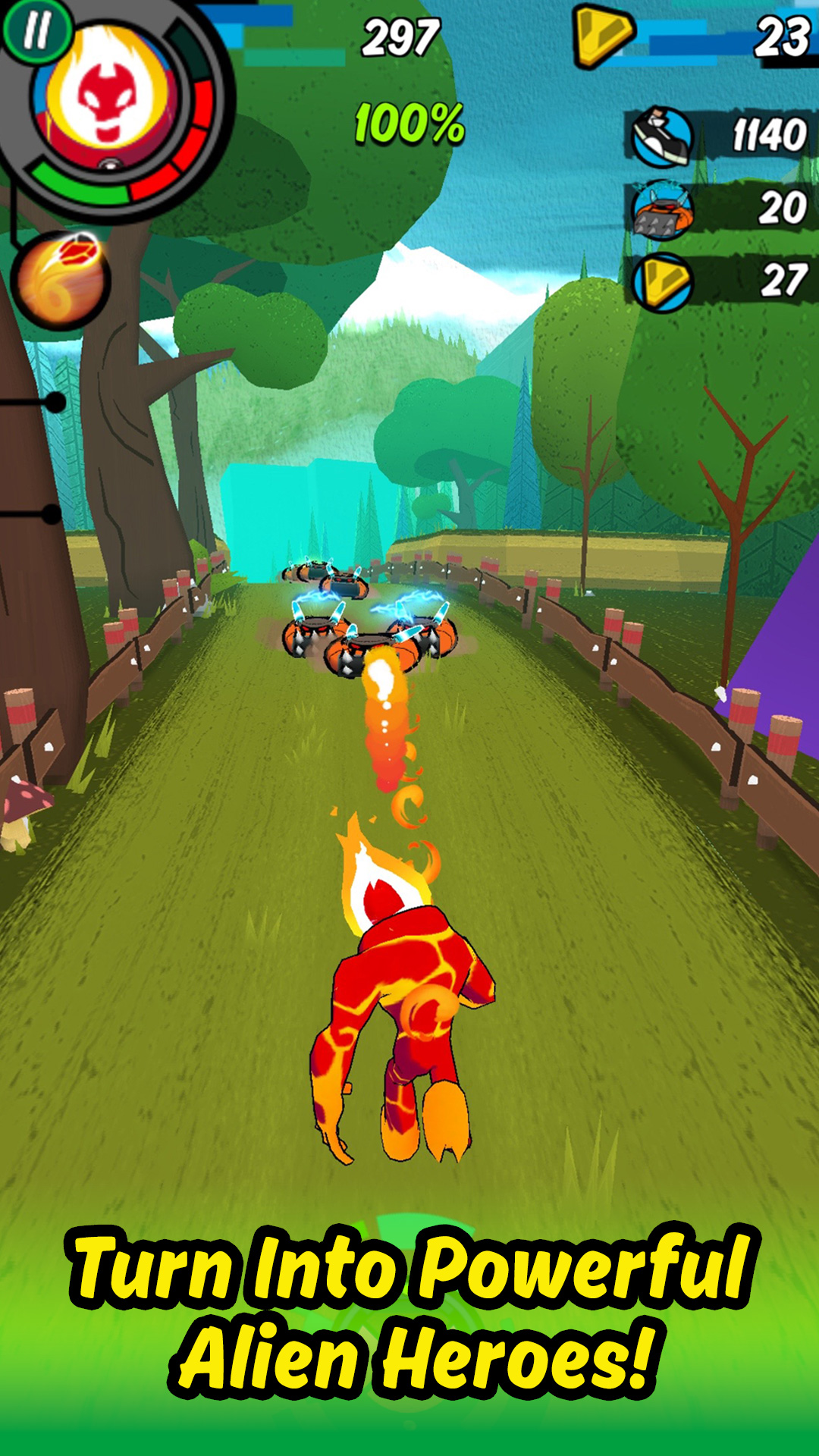 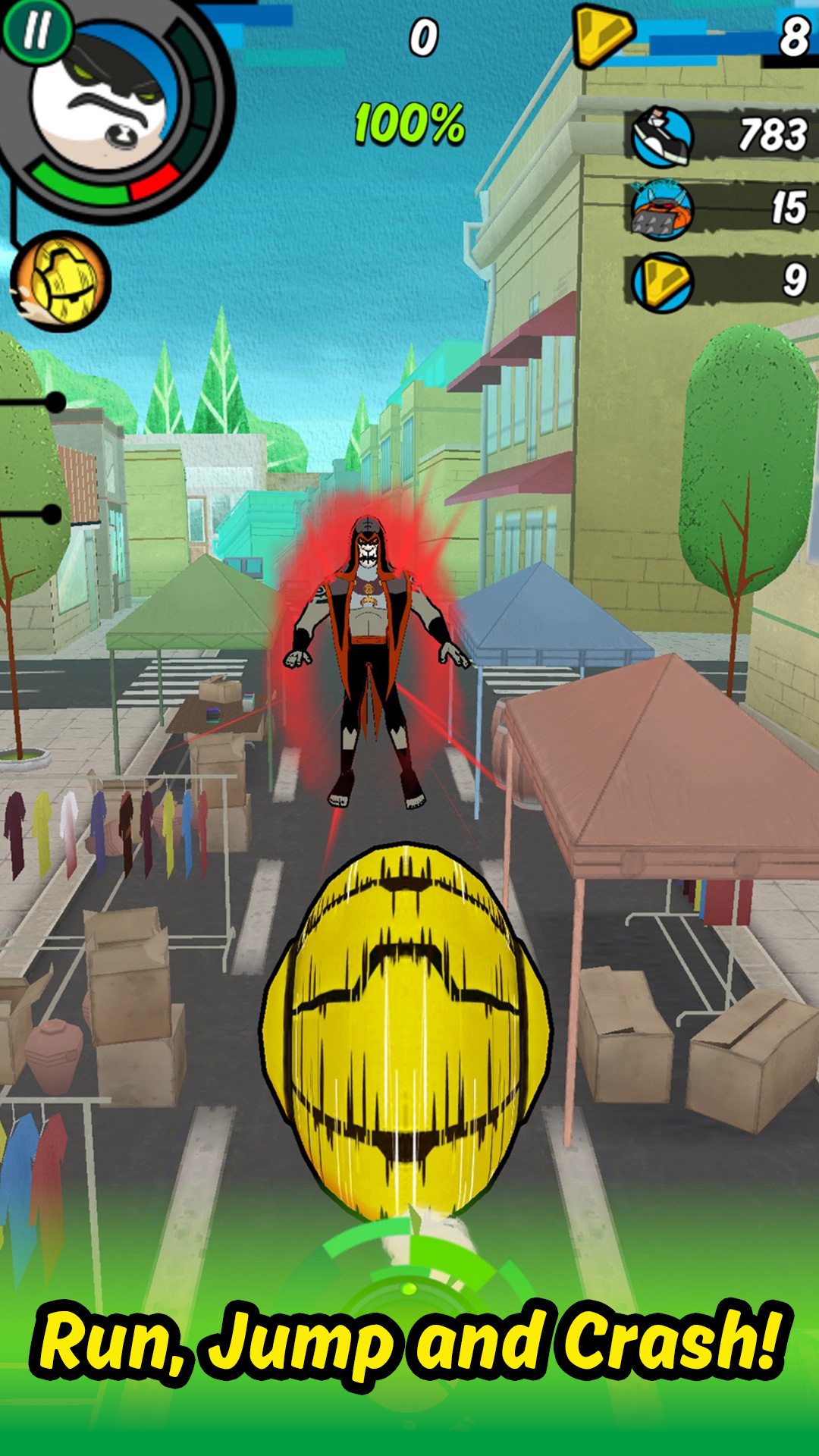 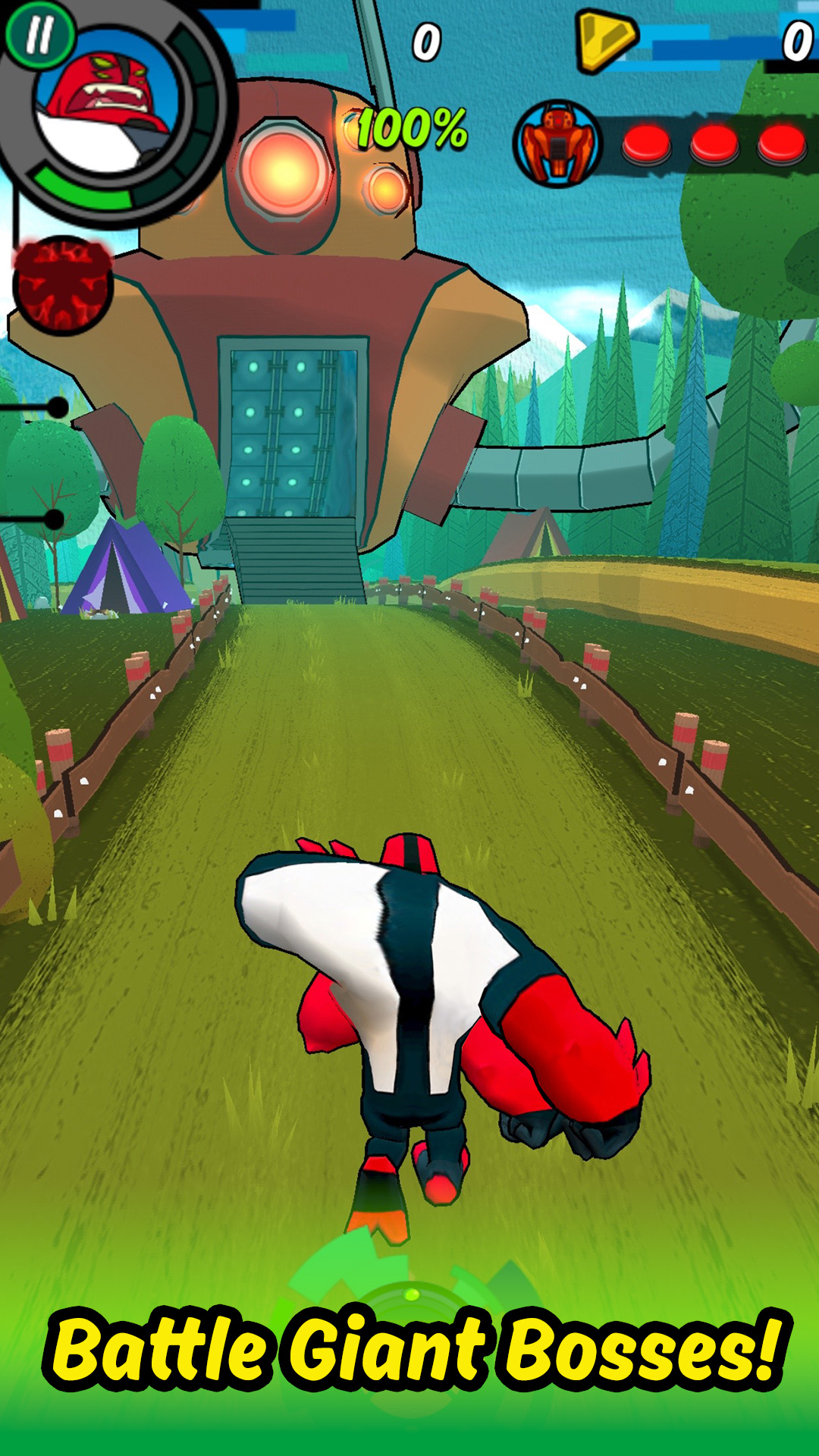 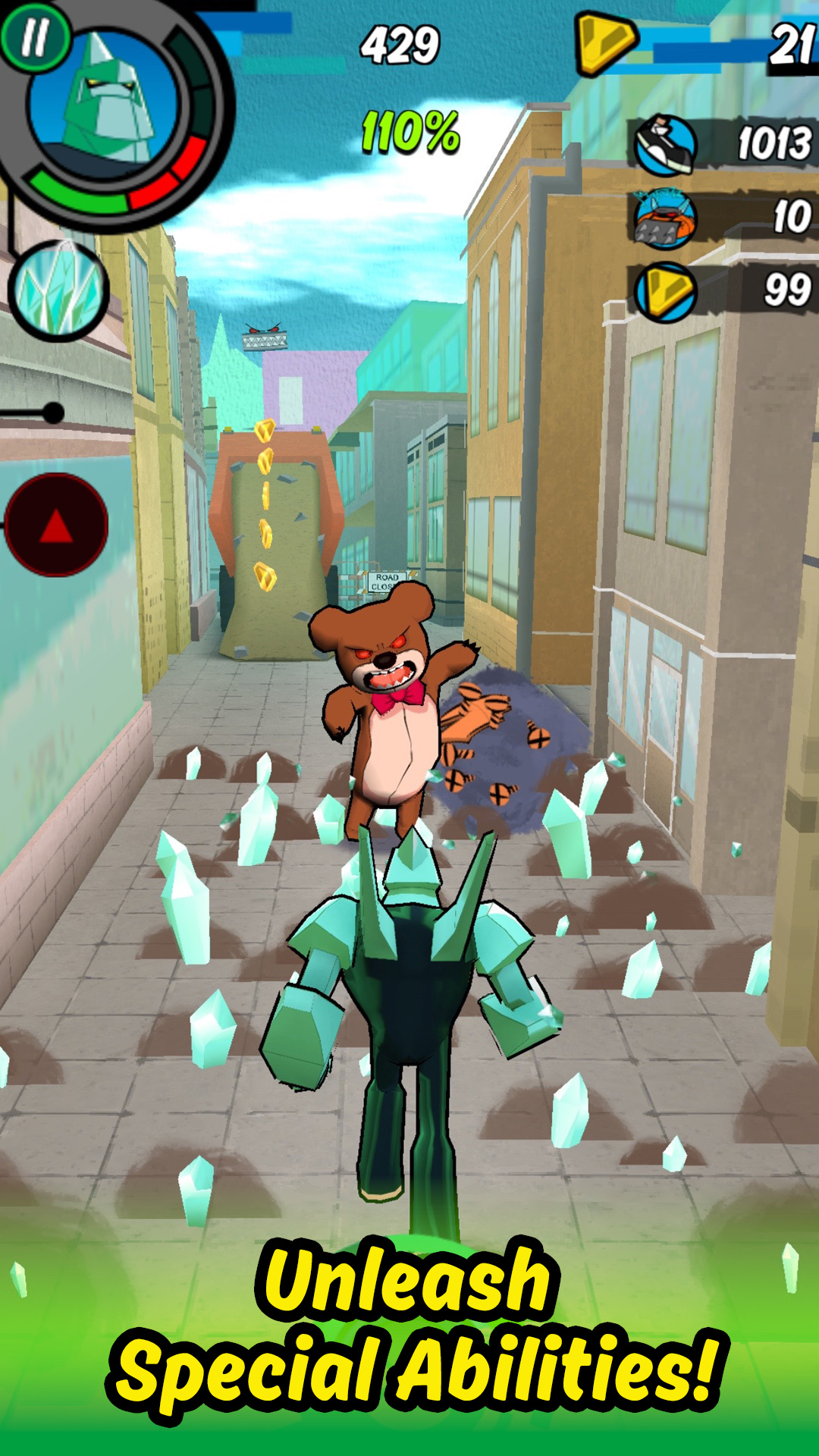 If you are one of those who enjoys challenging their speed and accuracy in gaming skills, then Ben 10: Up to Speed is what you need. The premise of this online game is the famous Ben 10 animated series by Cartoon Network, which is also behind creating this action-packed game. All you have to do in this racing game is to run through various levels and collect power-ups all through your running journey. You can jump, run, and smash past, enemies, and obstacles, but crashing against an obstacle will bring you back to the starting of the game.

The narrative follows Ben Tennyson's road trip with Gwen (cousin) and Max (grandpa) during which Ben unravels the Omnitrix watch. His source of power is his watch, the Omnitrix, which makes him change into multiple aliens, each of which has its own exclusive abilities. Ben has taken up the mission of saving this world from different intergalactic enemies.

Defeating each enemy will help you move up your level in the game. You have to master the skill of maneuvering and controlling Ben 10 on time using arrow keys to avoid barriers and obstacles so that you can stay alive in the game for as long a duration as you can. The different alien powers that you can unleash on enemies include the fiery 'Heatblast', powerful 'Four Arms', and lightning-fast 'XLR8' among others. Using their unique powers you can blast up the enemies, smash obstacles and get access to the level's alternate paths.

As you level up in the game, the Omnitrix will become stronger and faster, allowing you to change into the correct alien when facing a particular situation so that you can defeat them and move forward in the game. The challenge in this game lies in mastering the Omnitrix and the aliens it comes with so that you can reach higher levels and increase your score in this action-packed game.

This thrilling game is available on Android  and Apple at an affordable price. The exclusive features of the Ben 10: Up to Speed game includes:

The 3D graphics for running is incredibly fluid and streamlined, which allows you to control all movements just by swiping your fingers. You are sure to get glued to this game as soon as you start playing it, especially with the option of multiple environments that will give you an exciting experience every time you enter Ben 10's world.

If you don't want the game to start over you have to be careful not to crash into an obstacle along your way. Instead, try going as further into the path as you can while collecting more coins to improve your score and increase your level. So now that you know about the description of this game let's move on to find out how to play this exciting video game.

This Ben 10 game gives you a 'first-person point of view' as you travel through different enticing levels. As the main character, you have the ability to change into different superheroes, and each one is equipped with particular power of its own. When you move up from one level to another you will increase your strength and speed. You can opt for the level's alternate routes to overcome obstacles, but you have to face and overpower your enemies along your journey.

Playing this game is almost the same as other running games like Temple Run or Subway Surfer. But there are some major differences, especially as this game comes with a gripping storyline that is followed all through the game instead of aimlessly running around to get a high score. Moreover, the rewarding system is quite satisfying after you complete every level. While in the beginning you will be granted access to 5 separate aliens, you can unlock more aliens with the progression of the game, which includes the aliens that you see in the new Ben 10 animated series.

The aliens available in the game include:

This game is loaded with tutorials for every time you start something new in this action-packed game. Again there are complications on different levels that makes the game more challenging compared to other racing games.

You will come across a 'store' on swiping left on your screen that allows you to buy lives and boosters with the help of the coins that your collect in-game. You have the option of buying these in-game coins with the help of actual money if you want to. The aliens heroes can be found on swiping right on your screen, and at one time you can select 3 alien heroes only, which proves quite helpful when playing difficult levels. You will also be recommended on various levels as to which alien you must use for that level before the game starts.

While running, the Omnitrix watch will start charging up, and once it is completely charged up you can change into the alien hero you are given the choice to turn into. You are recommended to make the transformation as you soon as you view the 'alien symbol' as it will help you get past difficult obstacles and collect additional coins, and sometimes reward packs.

Several enemies will appear in front of you during the course of your running so you can either dodge them or swipe your screen so that you can attack them. You can tap on your alien form to access its unique power for attacking your enemies. If you choose to attack your enemies without changing your form you will not be able to access the special powers.

The game's rewarding system includes completing 3 goals on each level so that you get a 3-star rating. On completion of a level, you will get EXP that will help boost your level up and also earn extra coins. You might also get reward packs that can add power to your alien forms and the Omnitrix. Since the boosters begin to appear when your start running, you have the benefit of absorbing every coin along the way automatically.

With all these adventurous challenges lined up for you, Ben 10: Up to Speed is exactly what you need on your phone. Don't forget to type in your comments below on this game to help others make up their minds to play this intriguing racing game.