* For reference, The Dying Light 2 Stay Human game Reviews websites are all approved, there are no viruses and malware.

* For reference, The Dying Light 2 Stay Human game purchase URL is the Amazon website, please feel safe to get it. 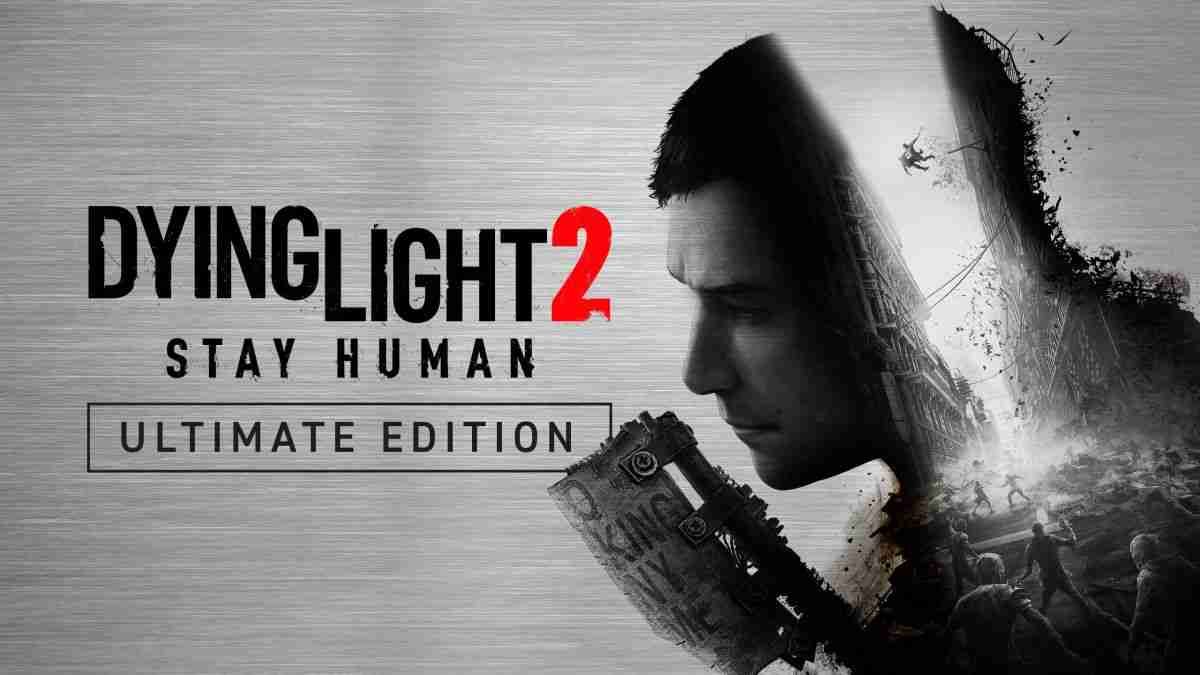 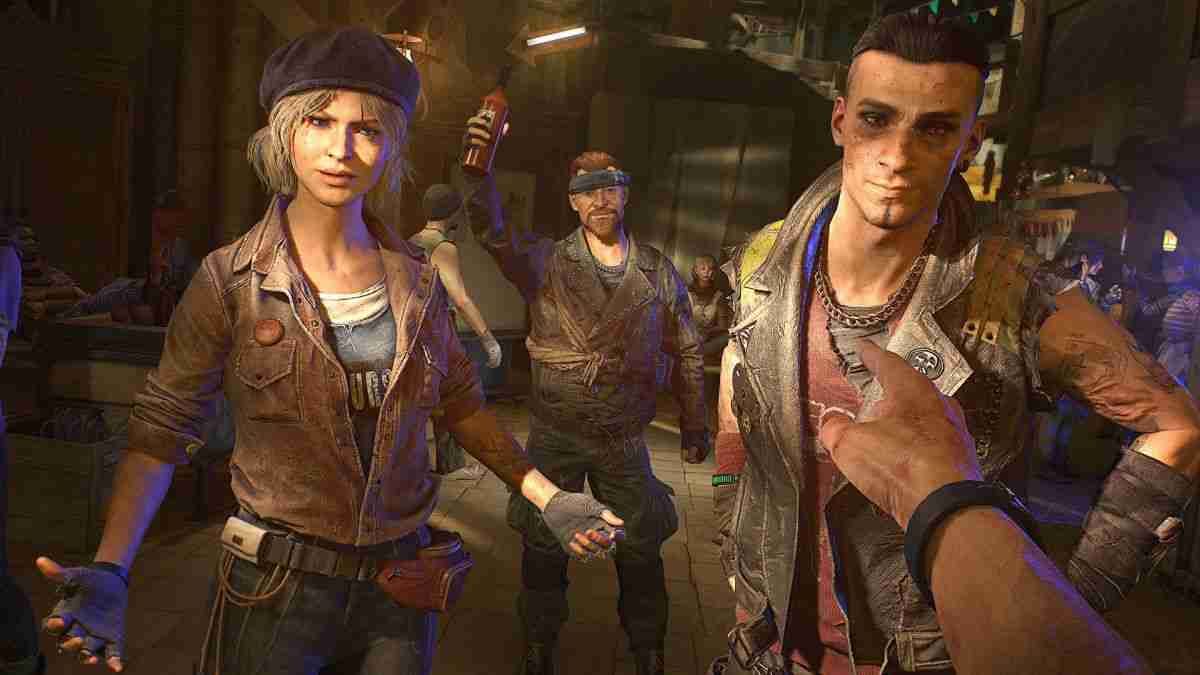 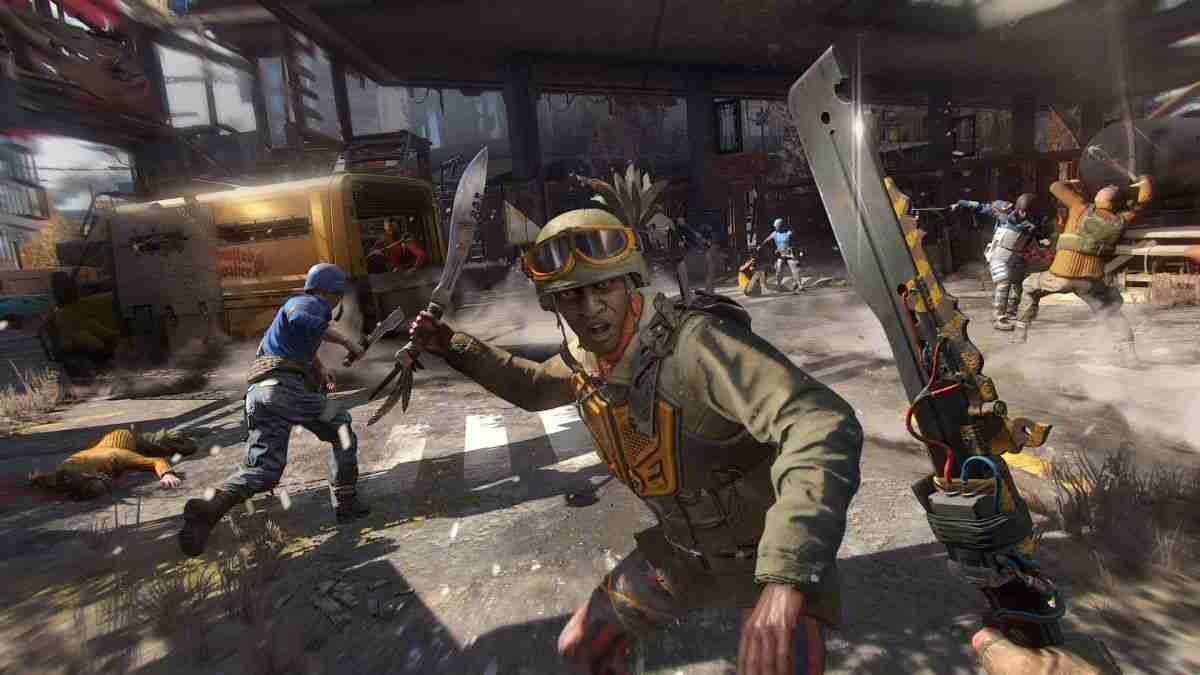 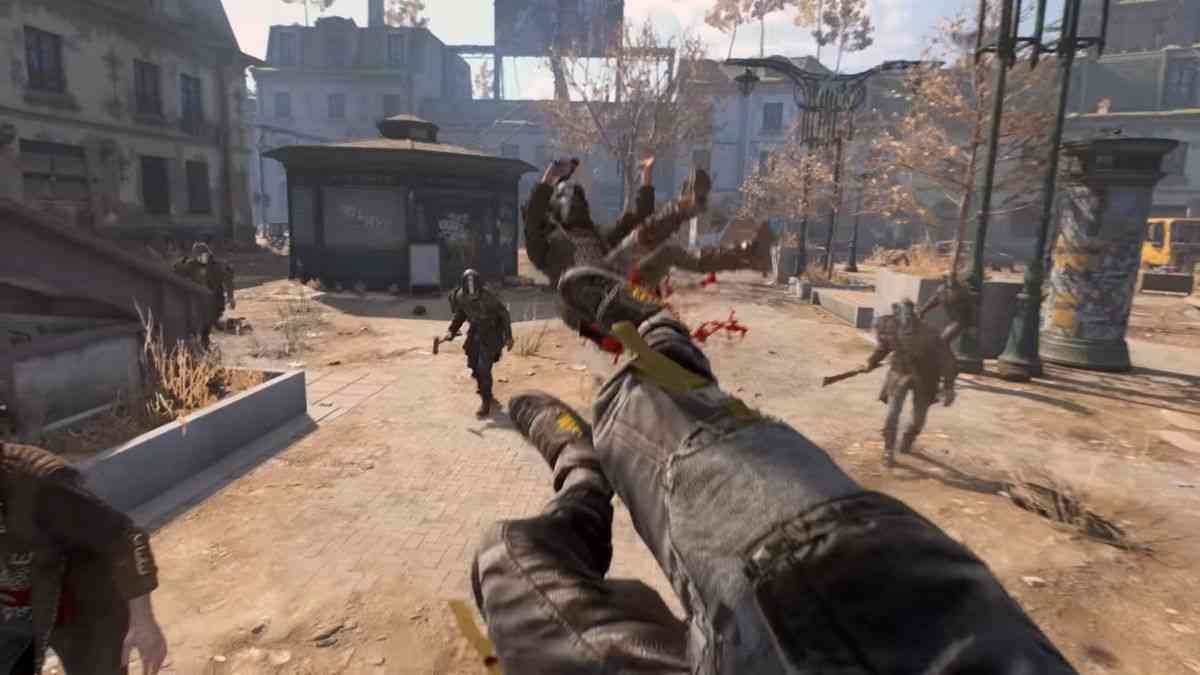 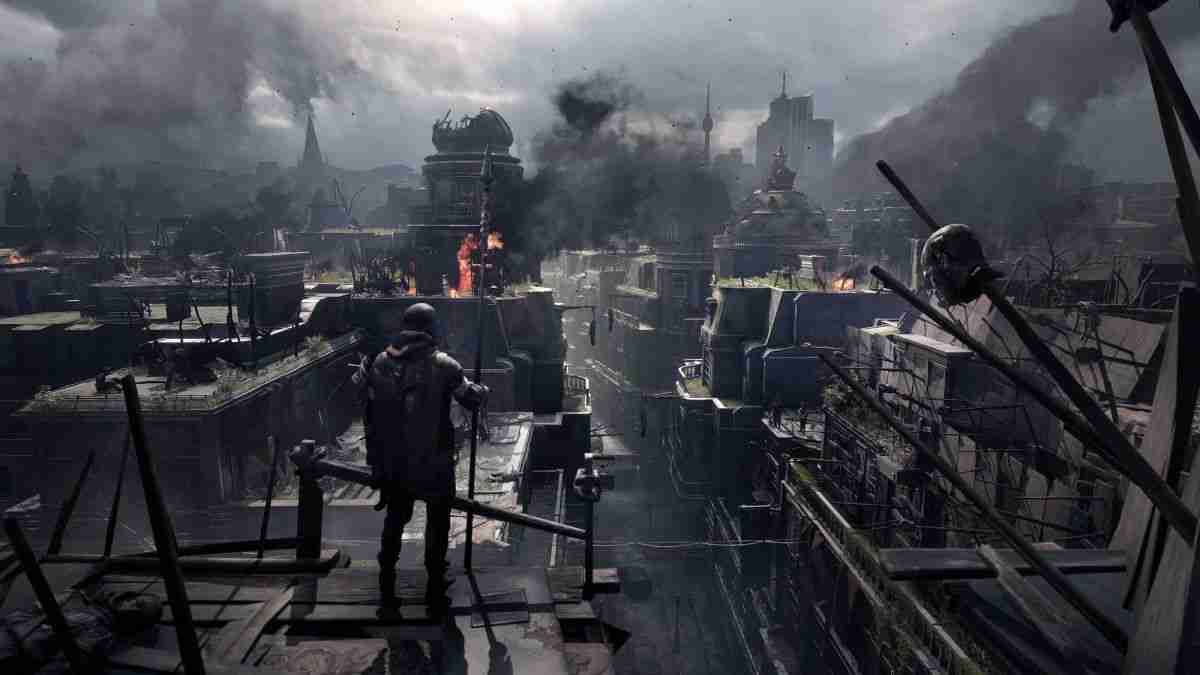 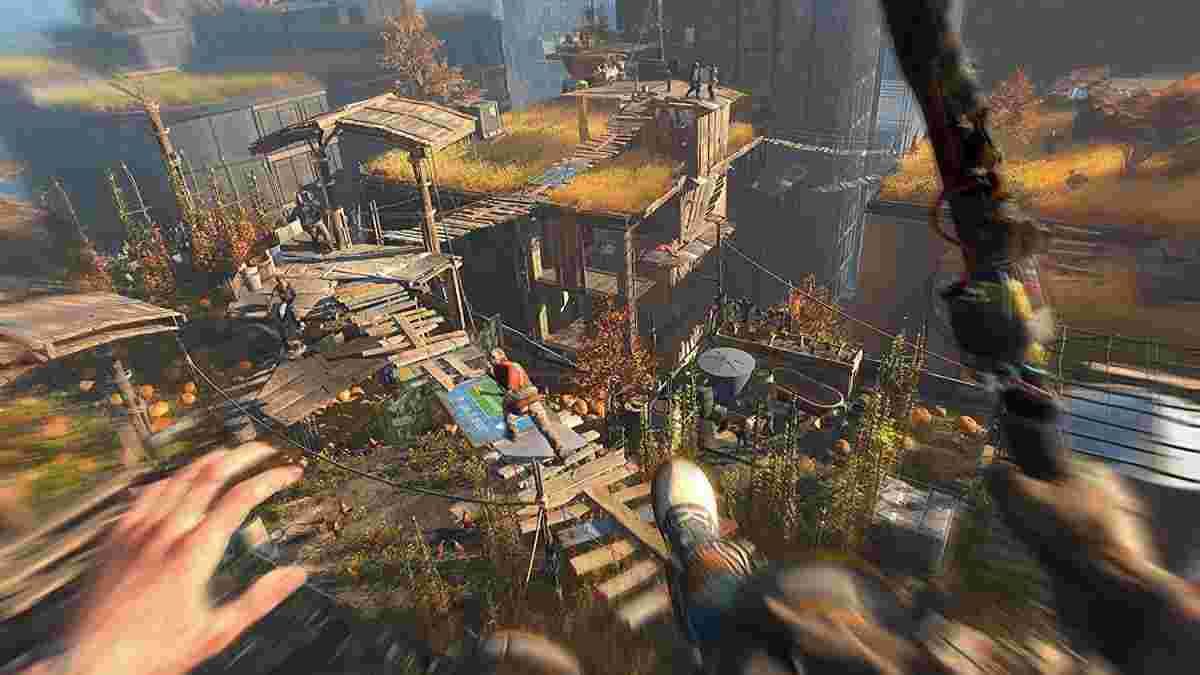 Face ferocious zombies and strive to survive as you embark on a searching quest in this desolate dystopian world.

Dying Light (the first game) was released shortly after the cult classic Dead Island, with record sales, debuting N&ordm; 1 on the US software sales chart. To put this into perspective, this game managed to outsell gaming giants like Call of Duty: Advanced Warfare and Grand Theft Auto V at the time. Dying Light 2 had no such success, but still managed to stay high in the charts, challenging other highly-awaited titles such as FromSoftware's Elden Ring or Guerrilla's Horizon Forbidden West.

The Dying Light franchise cemented itself as a powerhouse in the genre, in significant part, thanks to its parkour system. In fact, this was probably what saved the first game from being just another forgettable zombie apocalypse launch. The people over at Techland probably received the memo and polished these mechanics even further for this sequel.

As for the rest of the elements, I wouldn't want to say they were horrible, though, sadly, some of them were poorly implemented.

The online was overly entertaining, though not without its issues. For example, there is no crossplay, which in 2022 I find inexcusable.

The other thing missing - at least for the moment - is a player vs. player (PvP) mode, which, in a game focused on survival and warring factions, is a glaring omission. The game was released just months ago, however, and there's no impediment to it being featured in a future patch.

I have to get one thing off my chest before I move on with the gameplay. The writing in this game is, unfortunately, very subpar, to the point of almost being unwillingly funny. There was no logical progression between scenes, with characters often acting in bipolar ways. It felt as if chunks of the script were written by entirely different people who didn't know each other nor had any semblance of internal communication.

The voice acting certainly doesn't help, either. Having Rosario Dawson on the cast would have undoubtedly raised some expectations. Alas, you'll be heavily disappointed to learn that the acting is astoundingly amateurish, to the point of being downright offensive. And no, don't even get me started on the children's voice acting! It's disgustingly bad!

Dying Light 2 is one of those games that I wished had text dialogue exclusively. That would have surely cut expenses and made the game's story more tolerable as a result.

Focusing on more positive aspects, the atmosphere was nice, and the soundtrack was very functional. Heck, the soundtrack was exhilarating, not only in its musical aspects but also in its coding. I loved how the dynamic soundtrack reacted to every action I performed, to the point where I felt I was playing a part in a blockbuster film. The sound design, in general, was superb, and it's a shame that the voice acting didn't undergo that kind of quality control.

Dying Light 2 is an open-world survival horror game set in a dystopian setting, played from a first-person perspective.

The game takes place in Villedor - a fictional European city considered to be one of the few remaining human settlements on Earth - fifteen years after an event called "The Fall", in which a deadly pandemic that swept across the world and decimated most of humanity.

You play as Aiden Caldwell (Jonah Scott), who is deemed a Pilgrim, as in, an individual willing to travel between settlements and capable of traversing difficult zones plagued with zombie hordes. The opening sequences will lay out your main motivation: Finding the doctor who experimented on you and your sister Mia when you were kids, in the hopes that he can disclose her whereabouts.

During the game, you'll be able to explore much of the world, but not without difficulty, as you may confront sizable hordes of zombies (called "infected"). You'll be capable of eluding encounters by utilizing several parkour skills and performing various other stunts such as gliding, wall running, or using a grappling hook.

The game has a day/night cycle that affects how you approach exploration. At night, you'll be safer exploring indoor locations (where you'll have a chance to get good loot) than in the open space, as the hordes of infected roam more ly around the outdoor areas in the dark. When the sun rises, they tend to hide from the sun's UV lights in order not to get harmed by them.

During your exploration, you may attract the attention of Screamers, which are a type of infected accustomed to screaming (as their name suggests) upon spotting you, triggering the other Screamers in the surroundings to chase you. The Screamers then begin to hunt you, prompting a "wanted" system similar to that found in GTA-type games, You would need to find a way to reduce noise and hide to fend them off.

Another zombie type - the Volatiles (carried over from the previous game) - can be seen, but they are mostly reserved for story sequences.

In this game, you have an ability called "survivor sense", which enables you to detect nearby loot. There are also locked picks that can open locked chests and vehicles.

The Immunity Meter is a timer indicating how long you can survive in the dark without becoming one of the infected. If your timer runs low, the best course of action is to find a safe zone (surrounded by UV light) to rest and recover.

The game's combat is largely melee-based, but you may occasionally use spears, crossbows and shotguns. You can craft items and equipment using various resources you'll find across the game world or sold from merchants.

Lastly, the game will have you often interacting with NPCs using dialogue choices. The choices you make during your playthrough will not affect the story in a significant way, save for very few instances. Some alternate story missions could be unlocked if you perform certain actions, such as siding with one of the warring factions that exist in Villedor.

Dying Light 2 doesn't offer much in terms of innovation, but the gameplay is rather enjoyable if you can survive (no pun intended) from the horrendous voice acting and the underwhelming narrative. If you're not in for the story and you love survival horror games, Dying Light 2 is probably your best pick in 2022.

Let us know in the comments below if you enjoyed this review. Try not to make too much noise, though!