* For reference, The NBA 2K Mobile Basketball Game game Reviews websites are all approved, there are no viruses and malware. 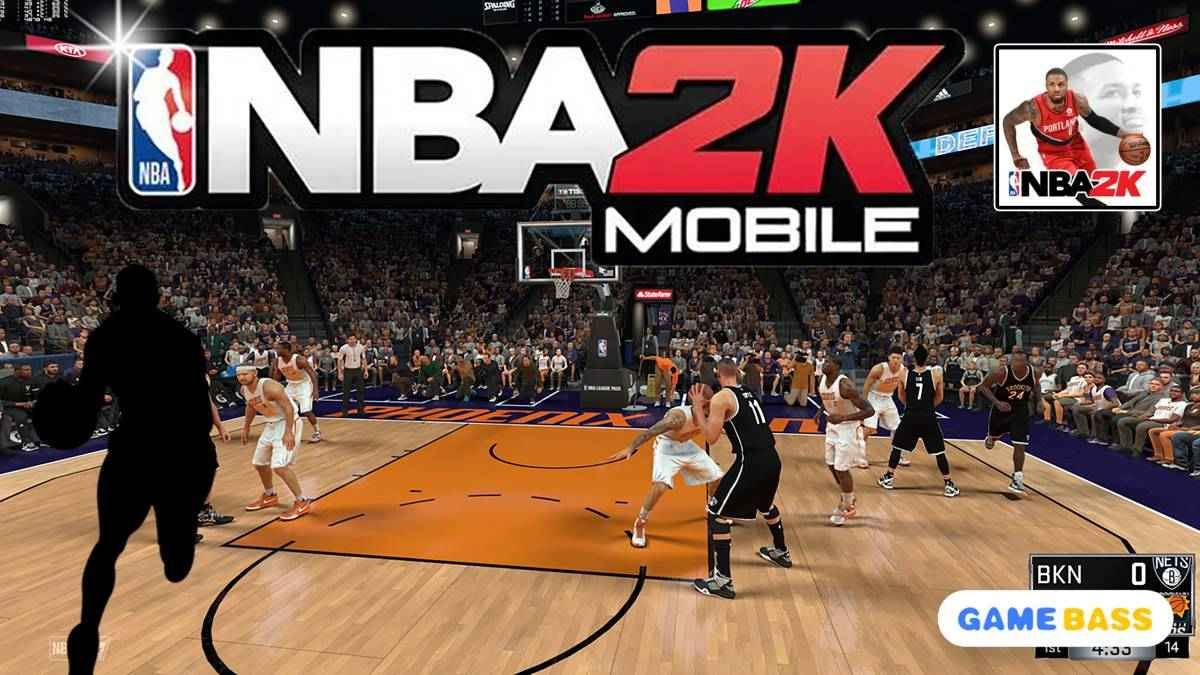 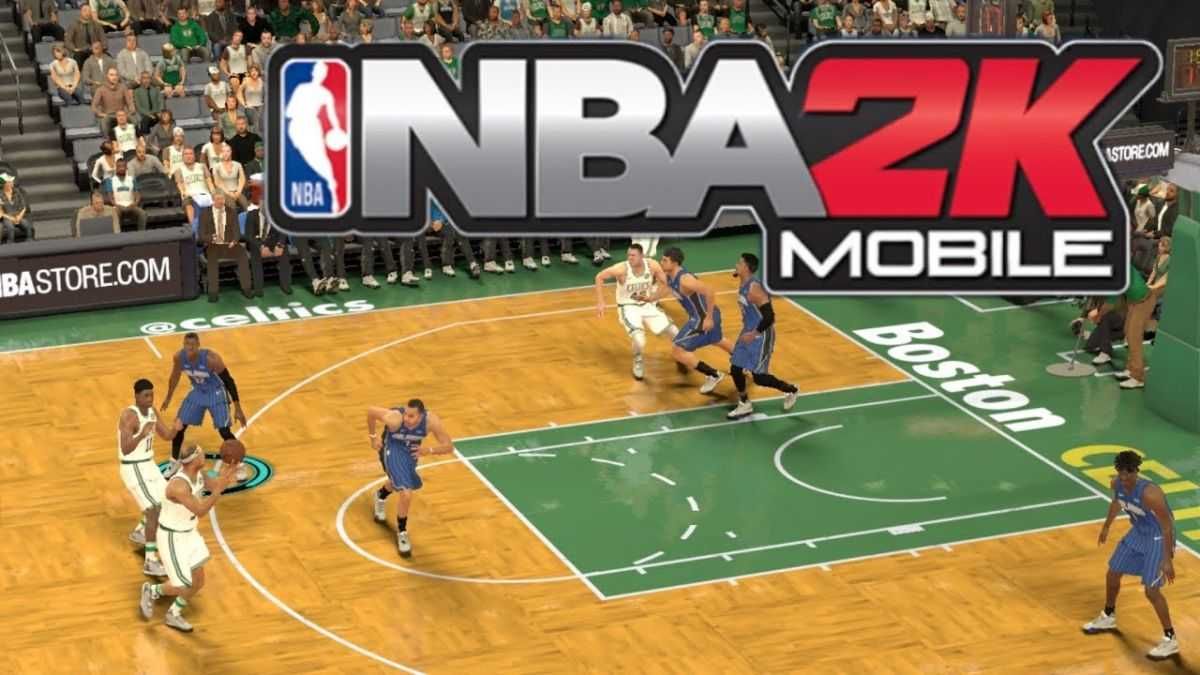 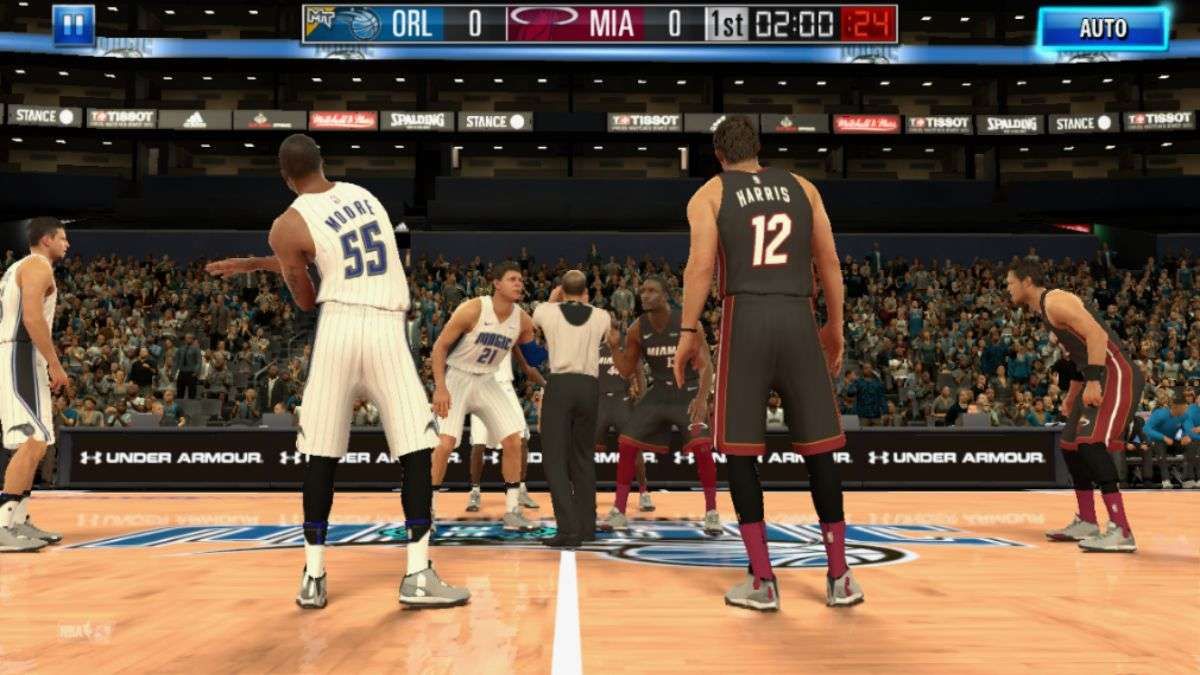 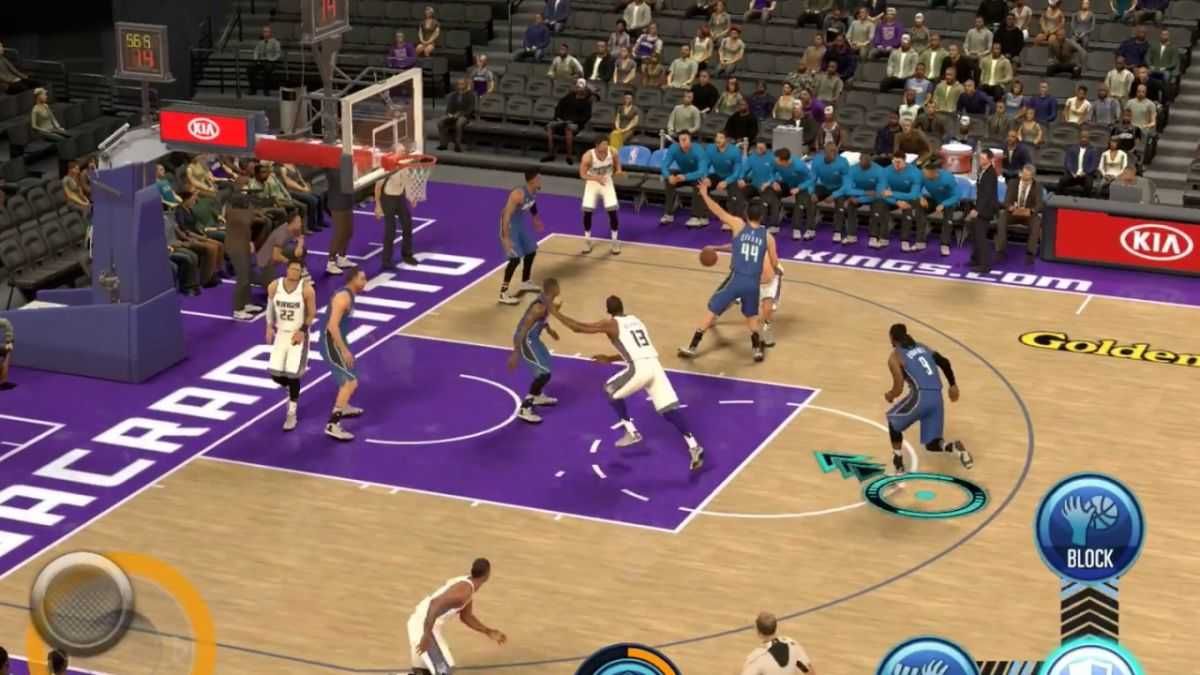 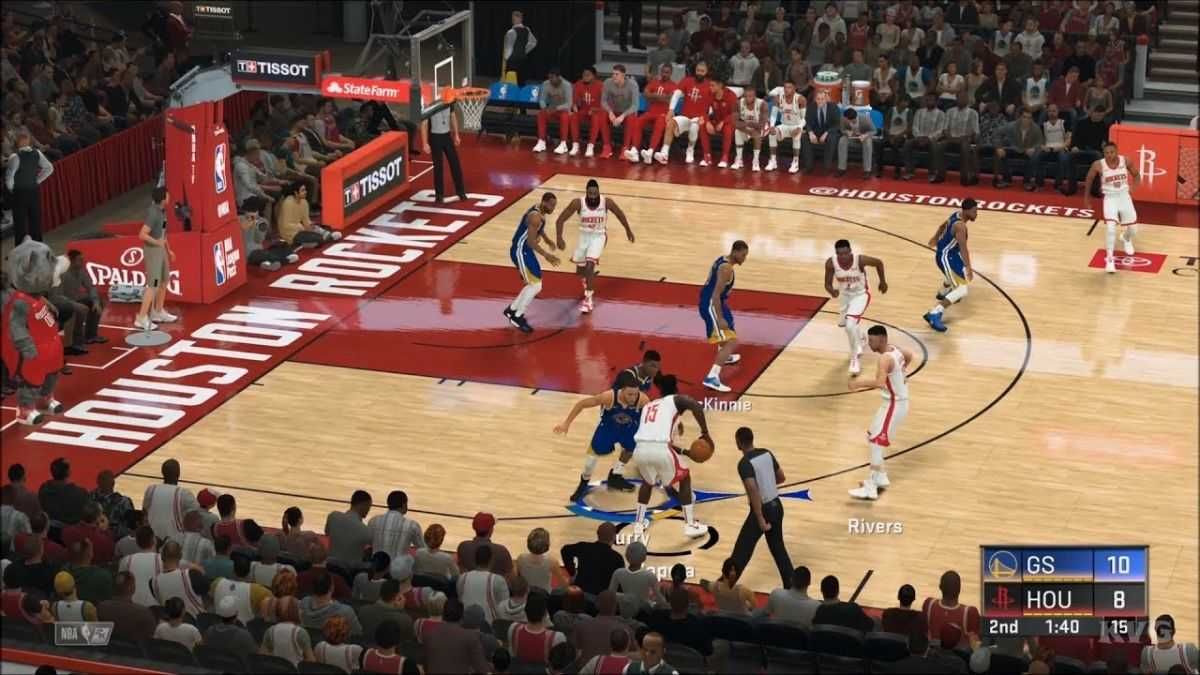 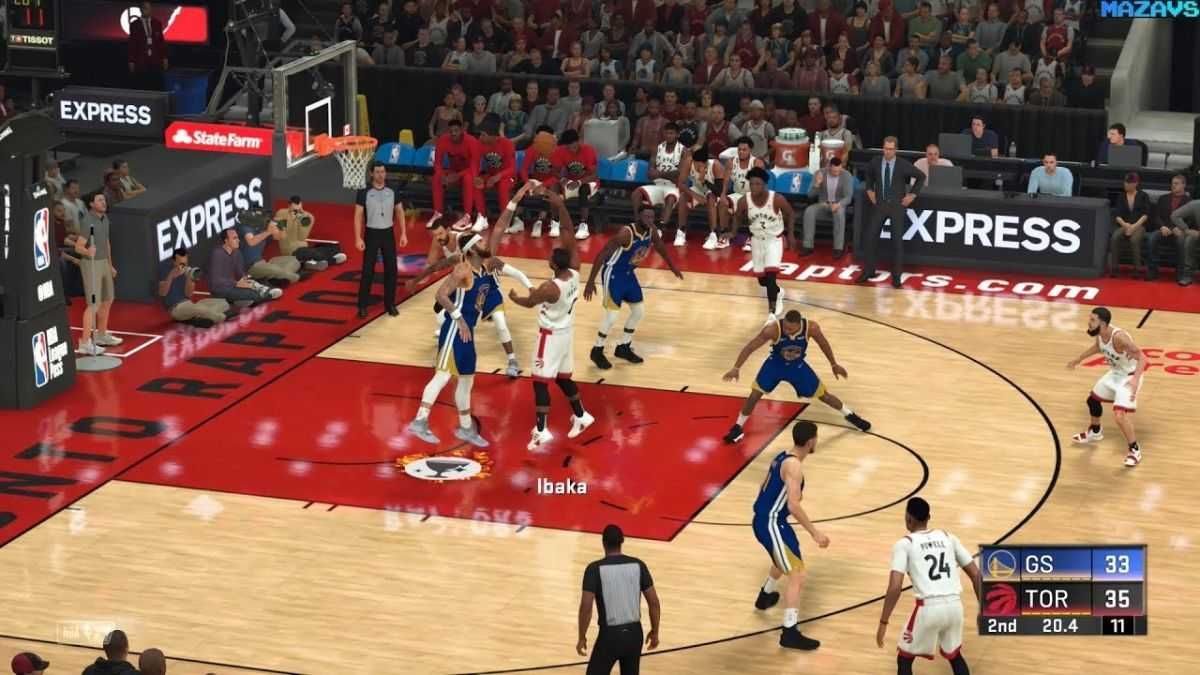 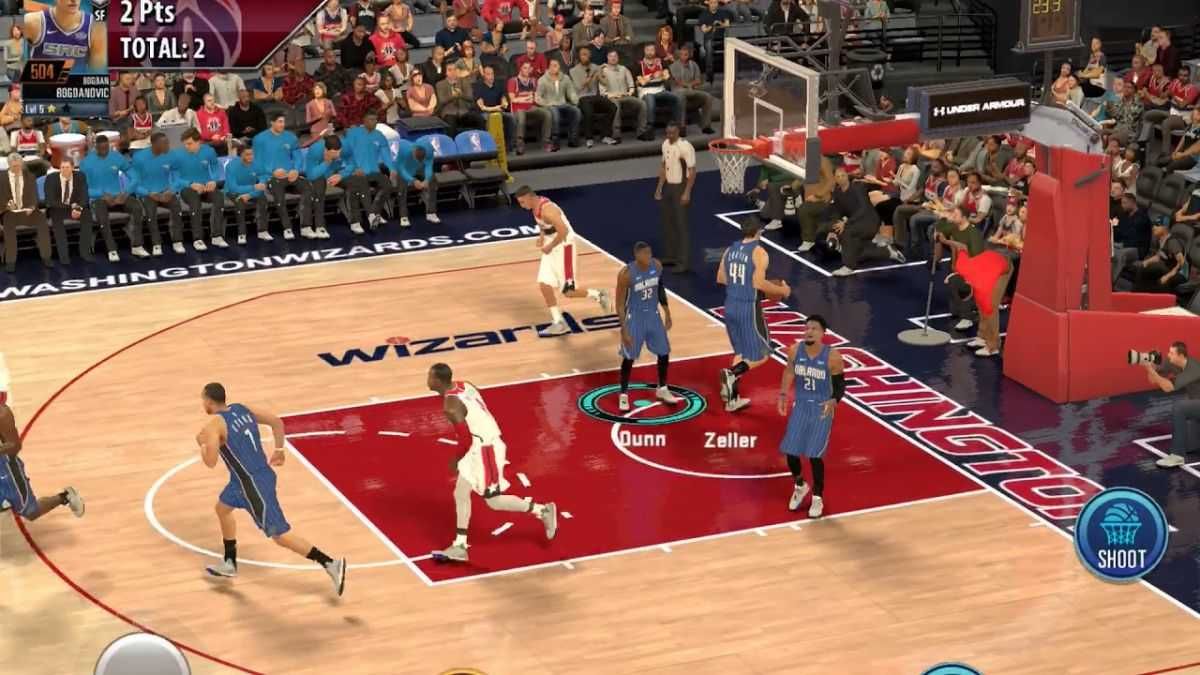 Within NBA 2K Mobile Basketball, you’ll find that the developers give one of the best sports games for your mobile devices. First, you get astonishing graphics for a handheld game.

Second, you get the opportunity to play against different players. And third, you can have the whole experience without spending a cent.

This article will show you the best elements which make NBA 2K Mobile Basketball attractive to any player.

Due to the many types and forms you can find when buying a new mobile device; it becomes difficult to find a middle ground. Thankfully, the developers have taken the risk (mainly on Android) and now give you astonishing graphics when playing this video game. As a result, you can play any basketball game on your mobile device and feel at home.

With these enhancements, the barrier between consoles and mobile games becomes thinner. In the future, we could have more elements (like cross-play) and have some matches between different playing devices.

It’s easy. When you have the ball, you’re playing as the offensive team; when you don’t have it, you’re on the defensive. These two gameplay elements bundled on a single match are the core elements that make the video game fun.

When you’re on the offensive side, try to evade the defenders and pass the ball to clear teammates. When you have a solid chance, try to score points. The more effective you become in attacking, the easier you’ll earn a couple of victories.

In contrast, the defensive side allows you to prevent any scoring from the adversaries. You have two buttons that can steal the ball or block any shoot. The main objective is to control the match and leave the opposite team without the ball.

When you start the video game, you’ll get players at random (cards) that will form your first team. The main attraction of NBA 2K Mobile Basketball is to acquire the best players and increase the “stats” of your cards. As you continue playing, you’ll earn packs with random cards with a lower chance of giving you the best of the NBA.

After a while, you’ll have enough cards on your inventory to help you build the perfect team.

Play Against AI or Other Players

You have two ways to play the video game with your starter team from the beginning. First, you could use your cards to start a season and play against AI (Artificial Intelligence). Depending on your performance, you’ll earn amazing rewards that might help you strengthen your inventory.

Furthermore, you have a “ranking system” that puts you in a battle with another player. The system takes into account your gaming experience and your team’s stats. Hence, you’ll always find another person that comes as close to your level.

Since NBA 2K Mobile Basketball is free to play, you can start your virtual manager career right now Good luck!

Depending on your gaming experience, you’ll have it easier/challenging to adapt to NBA 2K Mobile Basketball. Additionally, thanks to the handheld controls, you do not need twenty buttons to complete all the actions. Hence, you’ll have an enjoyable way to play this video game anywhere.

This article will help you make that adapt process a lot easier and show you different tips to help you be a better player.

● Master the Touchscreen Controls: You’ll see a set of buttons depending on whether you’re attacking or defending. Check what everything does and learn when to move your players and make offensive/defensive actions.

● Understand Team Management: In the beginning, the game will help you by setting all your players in a team. After a while, you’ll earn different players who could impact favorably. But, before you make rapid changes, you need to check the card’s stats and see if it fits the position. Depending on your player’s selection, you could have a strong defensive, powerful offensive, or even a hybrid between the two.

● Know the Shooting “Technique”: The tutorial will give hints on how to aim the ball and score points when playing your first matches. It is easy; you only need to hold the shooting button until it goes as high as possible and turns green. Still, the last outcome (whether you score or not) considers the player’s stats. As a result, more vital cards could make your life easier.

● Play All the Game Modes: One of the wise ways to increase your collection faster is to try all the gaming options from NBA 2K Mobile Basketball. Some players might prefer playing against the AI or different players, and it’s okay. But try to change your gaming sessions occasionally. When you follow this approach, you’ll earn more rewards.

● Spend Your Gold Wisely: We get it; the “surprise mechanics” which appear when you open a new pack could become addictive. Therefore, we might jump to the in-game store and buy new items with enough Gold. Still, sometimes it is better to save your currency and wait until better packs hit the shop. As a result, you could earn players with better stats and other powerful items.

● Watch NBA Occasionally: Even though it is unnecessary (gameplay-wise), watching a couple of “real-life” matches might help you better play the NBA 2K Mobile Basketball. Sometimes, when you see a couple of games, you’ll easily spot the best players and learn about their performance. At the same time, you could learn about the game’s rules and tactics that help any team achieve victory.

● Learn from Your Mistakes: Nobody likes losing, but it is an excellent way to enhance your performance. With each game, you’ll soon understand how the stat system works with each card in your inventory. Additionally, you’ll discover how effective a player might turn if you learn how to use him.