* For reference, The Pou game Reviews websites are all approved, there are no viruses and malware.

* For reference, The Pou game purchase URL is the Amazon website, please feel safe to get it. 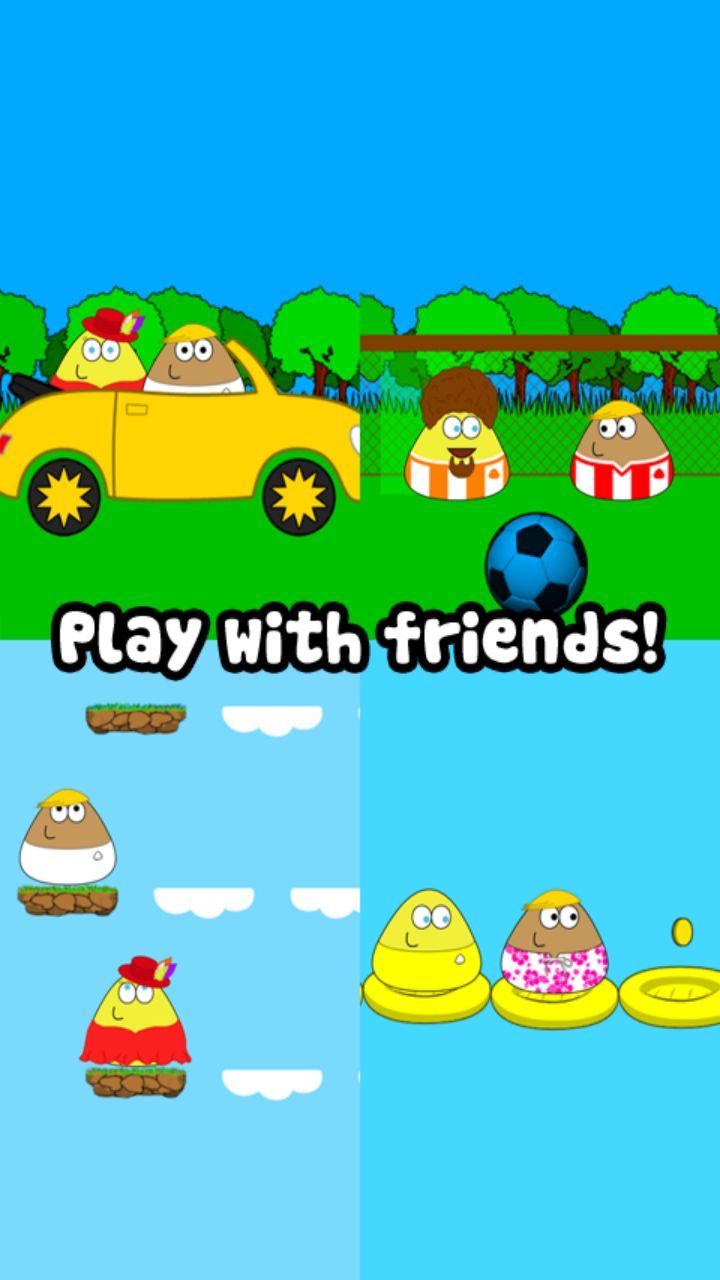 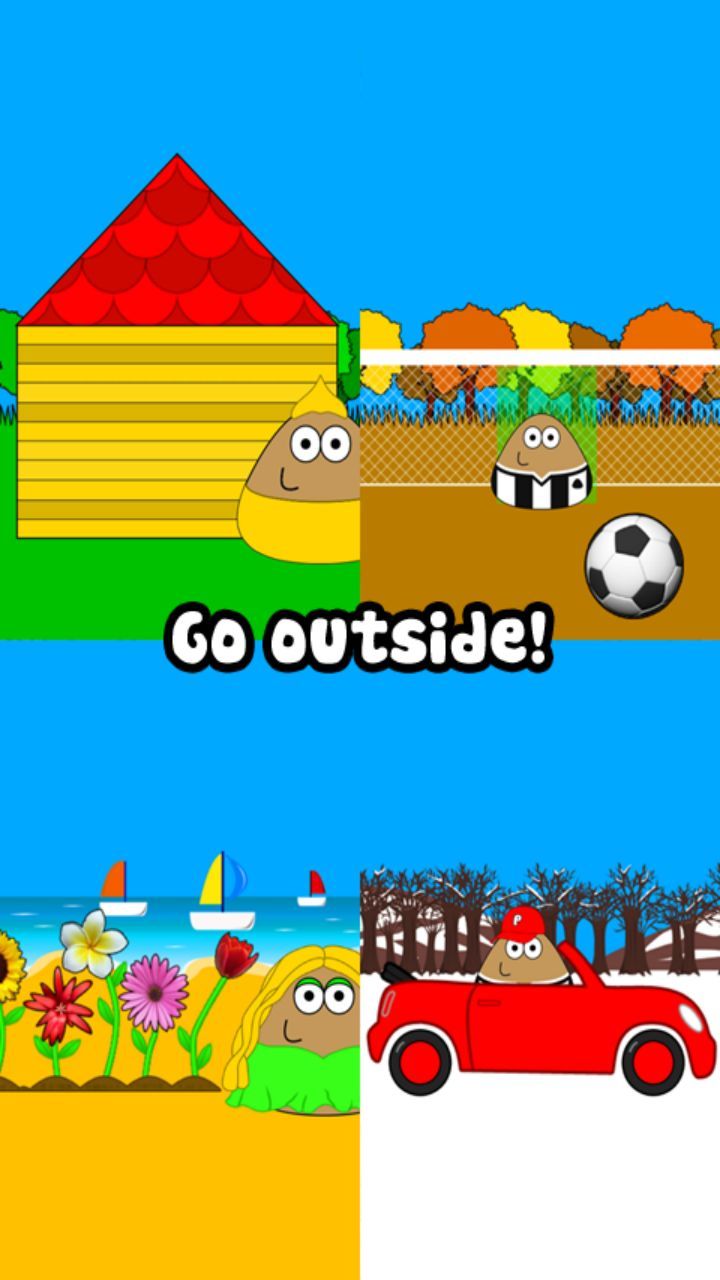 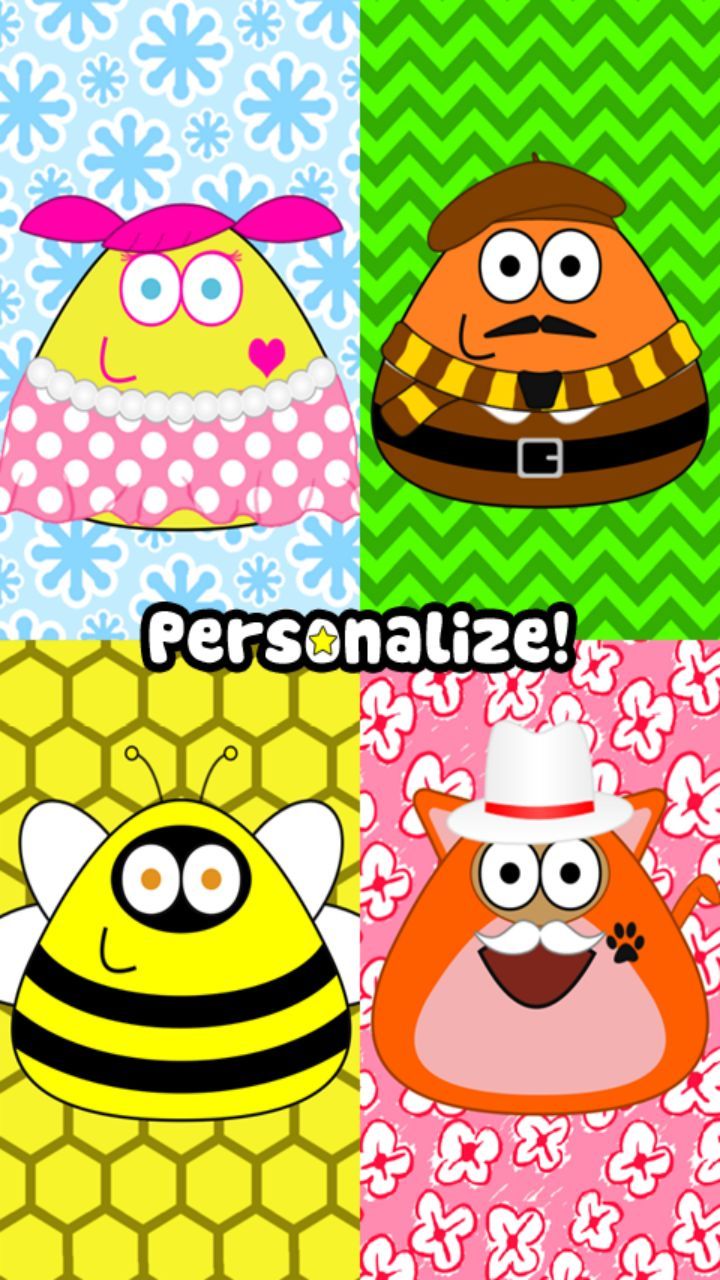 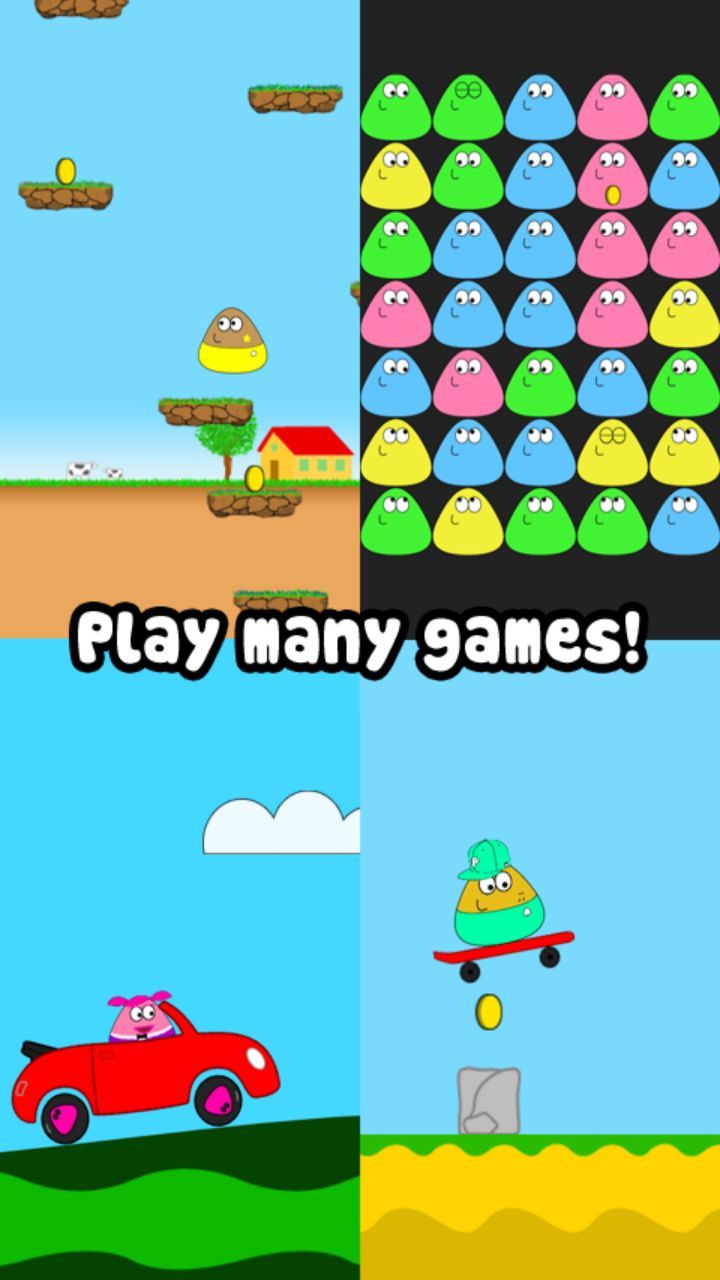 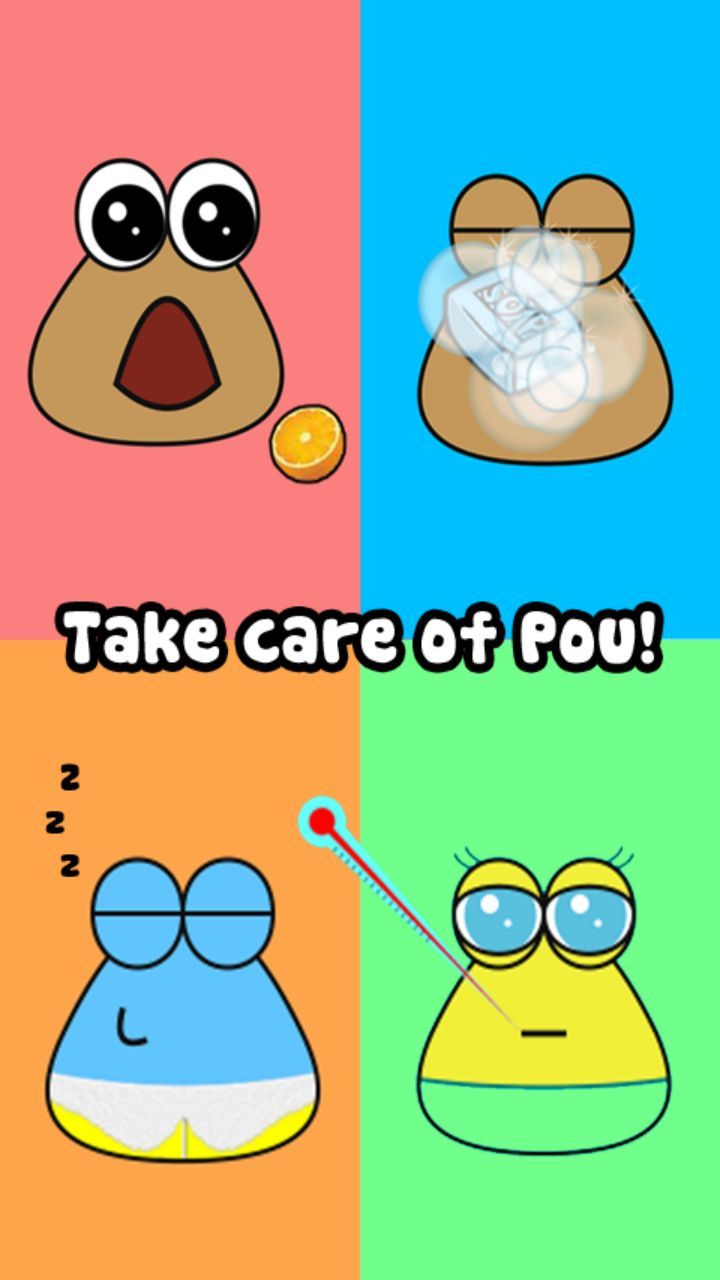 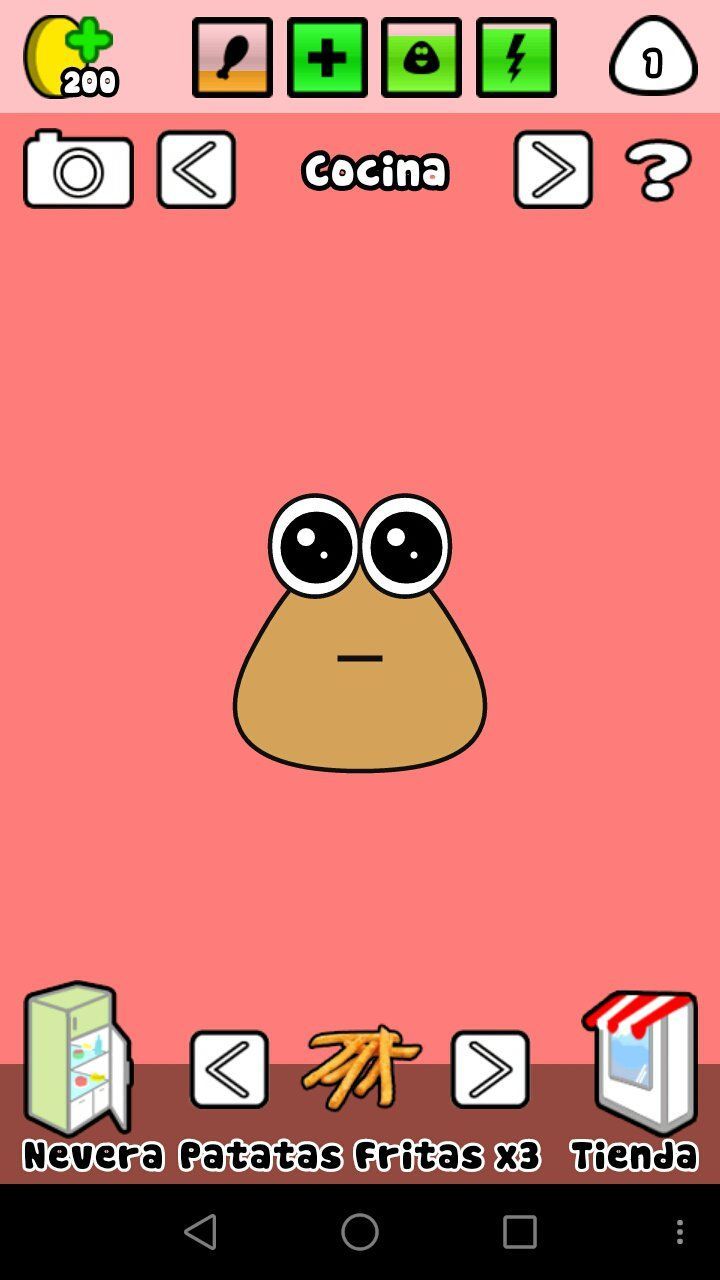 Pou is a game that's all about caring for a virtual pet. In Pou, you care for Pou, an alien pet who starts out as a brown, rounded triangle. Take care of Pou with food, rest, games, and more, and personalize your Pou to reflect your own style and preferences!

Released in 2012, Pou is a mobile classic that's full of good memories for older gamers. Pou is a game that's similar to Tamagotchi and other pet-based games. The goal of Pou is to raise up your alien pet and make them big and strong, then customize them to the appearance you like.

In Pou, you have a variety of core tasks you can perform to take care of your pet. You can feed your pet by dragging food to their mouth (which they eat with a not-at-all creepy sound), you can bathe them, take their temperature and care for them when they catch an illness, and help them sleep. These core activities make up the base gameplay loop of Pou. Over time, you'll gradually level up and earn more and more customization options, making your Pou bright, colorful, and full of personality.

While the part of Pou where you care for Pou is the core of the game, it's not the best part. Instead, Pou really shines when you consider all of the minigames that it comes with. Instead of being a simple pet simulator with nothing to do, Pou has a huge variety of minigames that are simple, fun, and engaging. The games include plenty of shallow copies of games like HIll Climb Racer and other popular mobile apps. While the HIll Climb Racer knockoff in Pou is probably worse than the actual game, it's just one of many minigames -- and, best of all, it's not a microtransaction sink. This means you're free to play these minigames to your heart's content without getting trapped in a mire of upgrades, transactions, and ads.

Pou is not totally devoid of microtransactions. The game may entice you to spend some cash to get coins and level up your Pou faster, giving you more customization options faster. This is definitely not necessary for your enjoyment, however, and without the sort of number-defined meta in other mobile games, it's a lot safer to play Pou without fearing for your wallet. This is a game that's about relaxed, simple fun, not chasing an impossible upgrade dream or pulling many star gacha things out of a lottery.

Whether you're after the robust, well-supported virtual pet gameplay or you'd just like to bask in the sea of engaging minigames, Pou is an excellent game to pick up, even years after its initial release. Pou is free on Android currently and about $4 on iOS, which is still a small sum for the amount of fun you're likely to have while playing this game. It's the perfect way to kill time during small waits, especially ones where you might get interrupted.

First, let's try to answer one of the internet's most burning questions. Can you kill Pou? The answer is a resounding "no."When you start out the game, Pou will be a baby. This is a cute state of existence that limits your ability to customize your pet, so it's not necessarily one you want to stick with for a while. The key to Pou's growth is their hunger/thirst cycles, which you can manipulate. There's an item in the store called a "hunger potion" that makes Pou hungry. Save your coins for a mix of these, food, and drink and make your Pou hungry, feed it, then give it another potion to make it hungry again. This technique can give you many, many levels for your Pou in just a few minutes and will get you to adult size in no time at all.

The best way to get coins is to play minigames. Each minigame has its own reward scaling, meaning that some of them are going to give you coins a lot faster than others. Match Tap, Free Fall, and Memory tend to be the fastest for most players, but your results might vary. Remember, this is a game, so the goal is to have fun. Try to play a mini-game that you enjoy and you'll get coins while you have fun instead of suffering through a round of something you dislike.

Part of the magic of Pou is the huge variety of minigames. if you're stuck, you're not getting enough rewards, or you're just getting bored, try a different game! With a plethora of options to choose from, you'll have more than enough games to occupy you while you earn coins (or kill time) and get the rewards you need to make your Pou nice and big.

Many of the unlocks in Pou are tied to achievements. To unlock the candy scene, for example, you'll need to feed at least 9 of each candy to your Pou. To unlock ninja costumes, you'll have to feed your Pou one of each sushi. Eating all foods and drinking all drinks 9 times search will unlock a variety of cow=themed items while getting a score of 3,000 in Color Match will give you a special skin. Other minigames have their own rewards, so be sure to play them all and do your best!

Finally, bear in mind that the founds in Pou are not equal. If you just want to give your Pou energy, you'll want to figure out which food gives the most energy per cost. Instead of wasting your money inefficiently, try to buy that food as much as you can. This way, you'll get a happy, healthy, and energetic Pou for as few coins as possible!

Are you a Pou expert? What does your Pou look like? Do you have tips for your favorite minigame? Let us know in the comments below!